A few years ago I carried out research into 'the Prisoner,' and during my studies I carried out a large number
of profiling of the characters within 'the Prisoner' series. Now I am free to releases that work, and we begin
here with; 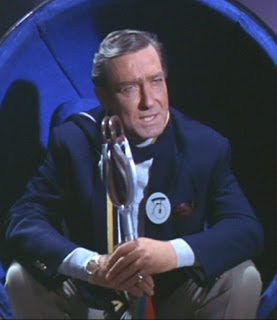 It is a position which has been held by a succession of different people and as we have already seen, they can be here one minute and gone the next! How anyone secures, or is appointed to such a position is not at all clear. But once anyone is appointed, the trick is then to hold on to such a position. Many have tried, some have succeeded.
Take this first number 2, {the first in this instance} a gentleman he real might have been, well spoken and polite, suave and charming with impeccable manners. Ex-public school you know the type, always wearing the old school scarf as many of them did, before and since. Polite and seemingly a kind sort of chap, he perhaps mask’s the darker side to the village which partly manifested itself through the white amorphous mass of the guardian. Not to mention the therapy treatment at the hospital.
Male
Height….. 6 feet {approx}
Weight…. 160 lbs {approx}
Hair……... Black
Age……… Mid to late forties {approx}
Right handed
Nationality…. English speaking
Chief Administrator
Chairman of the village
Wears a signet ring on the little finger of his left hand
Village attire, black double breasted blazer, a handkerchief in the breast pocket, a grey polo neck jersey, grey flannel trousers, deck shoes and the old school scarf and carries about with him a furled umbrella shooting stick.
The position of number 2, is The Chairman and chief administrator.
Number 2 is also an interrogator.
But from where exactly are these people recruited?
Was number 2 himself a prisoner, before reaching the lofty position of number 2. Or was he recruited from outside the village? Perhaps he came here of his own free will!
Number 2 seems a most capable administrator. However he is answerable to an as yet unseen superior….. NUMBER 1.
As number 2 has perhaps only voice contact with number 1, does he know who the identity of number 1?
Why was this particular number 2 replaced so soon? Who can say, certainly not I, my masters seem to change with an altogether too often frequency. Perhaps it was simply the case of his term of office coming to an end. Surely it was not the maid’s failure to gain the prisoners trust and required information which brought about his sudden departure? It has been known.
In any case he was a most gracious host, one most fitting to introduce the prisoner to the village as he did, If not one to extricate the prisoner’s resignation secret. He is free with information regarding the village, but there is a limit to this information. At the first appearance of the guardian, the prisoner asks ‘what was that?’
‘That would be telling!’ retorts number2.
He has an extensive file on the prisoner, however one piece of information are missing, the prisoners time of birth, and he didn’t know that the prisoner likes lemon tea, however his manservant did!
However he appears most gracious in welcoming the prisoner to the village, and in making him feel at home. Two words sum up this number 2, ‘cool and scheming.’ 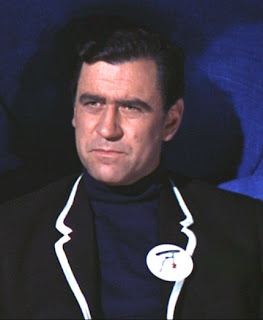 The New Number
A man of a different calibre to that of his predecessor, dressed as he is in a piped blazer and blue turtle neck sweater as like number 6.
Male
Height….. 6 feet {approx}
Weight…. 190lbs {approx}
Age……… mid to late forties {approx}
Hair………. Brown [thick and wavy}
Nationality… English speaking
Chief Administrator
Chairman of the village
Right handed
A mole on his left cheek
Wears a signet ring on the little finger of his left hand
Village attire, black piped blazer, blue turtle neck sweater, fawn trousers and deck shoes.
Not only chairman of the village, but also an expert manipulator, judging by the way he uses number 9. ‘Cool and brutal sum up this particular number 2.
It seems that there has been a change in leadership in the village.
Why? Is unknown, but one thing is certain, but it was certainly carried out swiftly.
When number 6 storms into his office to protest about the death of his colleague Cobb, number 2 informs him that it is either’ them or us’. If you don’t give them what they want, they’ll take it! Reporting into a telephone number 2 says that ‘no extreme measures are to be used yet!’ Not so much the gentleman this number 2.
He too engages the help of a woman, not to gain the information in the prisoners head. But simply to show number 6 that escape is not possible. Not merely an administrator, but also an adept interrogator!
Number2 is of course answerable to number 1.
It seems that for the moment no harm must come to number 6, ‘no extreme measures to be used yet!’ 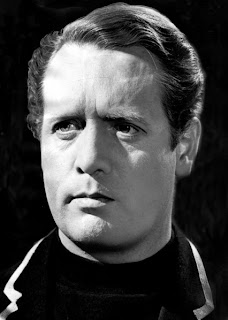 Number 1
Who is this so far unseen superior of Number 2’s?
Number 1 would surely have absolute power over the village and its citizens.
Number 1 seems out of reach by ordinary citizens. When the new Number 2 is asked to get Number 1, the new number 2 responds that as far as he is concerned, he {Number 2} is in charge!
For the moment number 1 must remain a voice on the other end of the telephone! 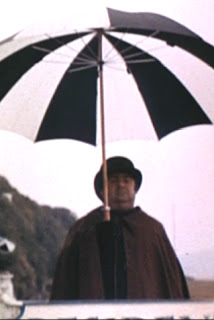 Male
Height….   4 feet 3 inches {approx}
Weight….150 lbs {approx}
Hair…….. Black - balding
Age…….. late thirties
Nationality…. unknown
Village attire black tails, gloves and waistcoat, dark grey trousers, white shirt, black bow tie, black bowler hat and shoes, and black and white stripped umbrella. For outdoors add brown cape and black bowler hat.
The brown cape is in actual fact a colourful stripped cape worn inside out, well I wouldn’t want to look a fool now would I!
Happy in his work, perhaps the butler was born to it, his parents in service perhaps.
He is uncompromising, uncomplaining, a perfect example of servitude.
His name is never uttered once, nor does he wear any such badge denoting a number, this I have in common with Number 6.
He is the closest of all citizens to Number 2.
A diminutive man he might be, but I am loyal to my master the Number 2, whoever he may be. Really I serve the Number 2, his master’s may change but the position always the same.
A butler or personal valet you may call me, perhaps even a gentleman’s gentleman.
Always in attendance I am, never very far away, showing visitors into his master’s office and always at his beck and call.
He knows just how Number 2 likes things to be, or rather how I like things to be, only it would never do to let Number 2 know that of course. You see it is a question of who is the master and who the servant? You see valets and gentleman’s gentleman {of any worth} know what their gentlemen want even before they have asked for it, and often know what’s good for their masters, better than the masters themselves!
He holds a helicopter pilots licence.
He erve without question, never answering back and tending to his every need.
Subservient he may be, but then I have lasted longer than most here in the village.
Gentle he is, knowing my place in the way of things here.
The Butler's residence is the green dome annex, a single apartment.
You may think me mute, but then perhaps I have nothing much to say for myself. You may recall the village saying, ‘A still tongue makes a happy life’.
How long has the Butler  been in the village? Oh quite along time as it happens, and he appears to have been very happy as it goes. Well on the outside people took notice of me, for all the wrong reasons. Here in the village no one notices him, he fits in you see, in a strange sort of way.
The Butler is the perfect confidant for Number 2, discretion being my middle name, not only seeing all that goes on within the confines of the green dome, but also outside in the village. He has learned to keep secrets and confidences of all kinds, well how do you think he has lasted for so long in my position?
His master may not have known that the prisoner liked lemon tea, but I did or didn’t you notice that?
He has something in common with Number 6, he doesn’t wear a bade either,After all I am only a little old butler!

We continue next time with Cobb and other characters from 'Arrival.'