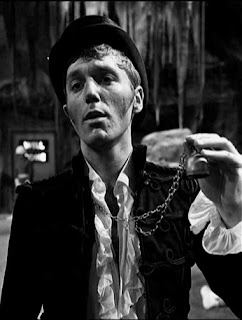 The rebellious youth Number 48? The last time we saw him, he was trying to thumb a lift on either side of the M1 motorway. Yes I know the sign says A20, but it was filmed on the M1. Well {and we are talking fictionally} Number 48 must have come from a noble family, a high ranking artistocratc family, because he became Lord Etherley, or Tarquin to his friends! 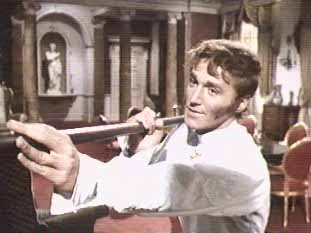 No, this is not a prequal to 'the Prisoner,' we are talking about the 1969 film starring Roger Moore and Alexis Kanner. However those who have seen the film will recognise certain 'Prisoner' parallel's within the film. There's an Alouette helicopter used in a chase scene, and at one point Alexis Kanner drives a white Mini-Moke across Westminster Bridge, and is curiously dressed in one scene similar to that of Mister X as in ‘the Prisoner’ episode ‘The Girl Who was Death.’ 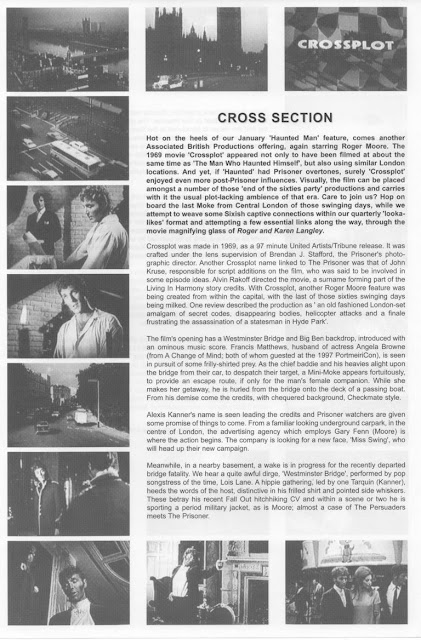 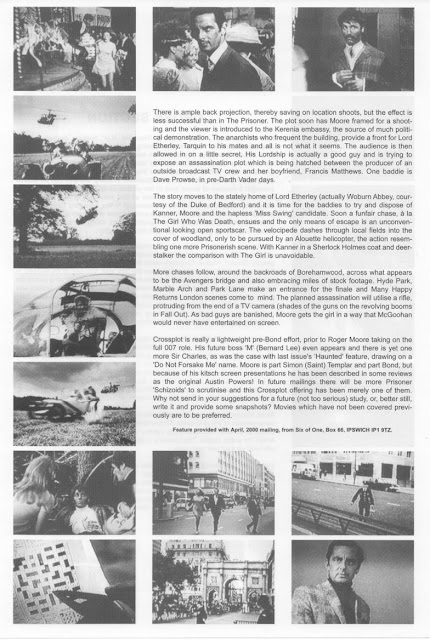 The above description was produced for Six of One, and the address is now long defunct!