During 'The Chimes of Big Ben,' when No.6 thinks he's escaped the Village, and is now in the Colonel's office somewhere in London. 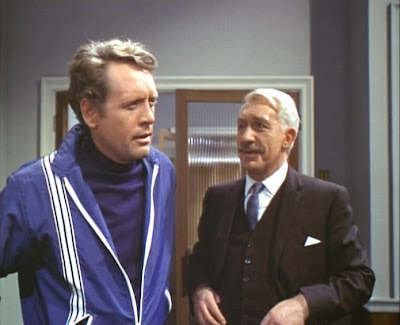 The Prisoner risked both his life and Nadia's to get back to London because he thought it was different, "Its is isn't it? Isn't it different?" the Prisoner demands to know. At that point  I always find myself thinking, no, it's just the same, only with the Colonel asking the questions instead of No.2!