The man's got the look of determination, who wants to get the job done. 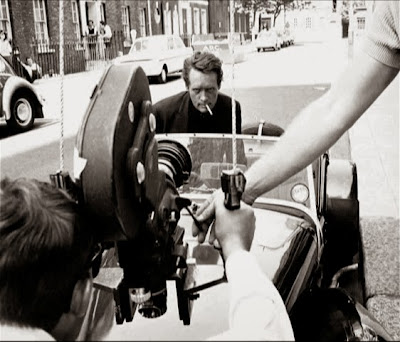 Either that or the Prisoner wants to get away before they come for him. Either way I don't think he's a man you would want to cross.
A production photograph of course, with onlookers across the road who must have been wondering what was going on. And no doubt when ‘the Prisoner’ was later screened on British television, those people in the background who saw the series, must have then realised what they had been witness to.