The case of the disappearing Film Extra! 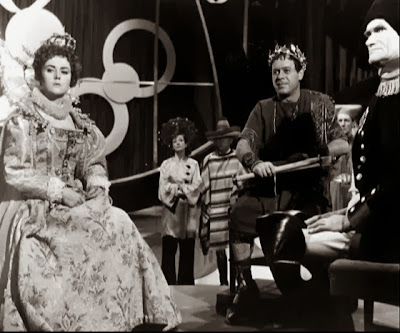 There she is, centre of the picture, dressed in pantomine costume, possibly as Aladdin. Looking at her face she is familiar to me, I get the feeling that I've seen her in television series, as an actress, not just a face in the crowd as she is here. The above picture is a production shot. And yet, she does not appear in the next picture, taken from the actual episode in long shot. 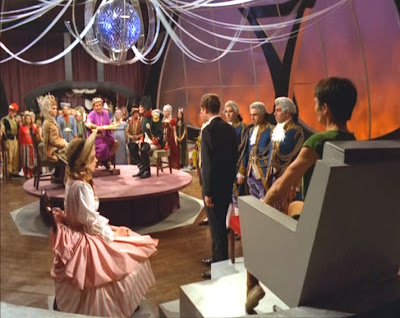 And yet in close-up there she is, behind Queen Elizabeth the 1st. 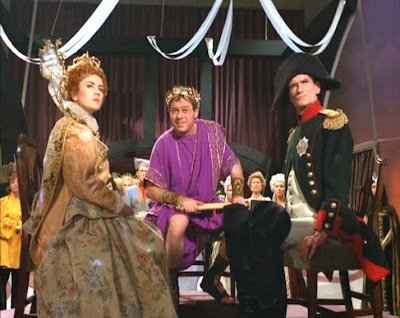 But then once again in long shot, the woman's gone again! 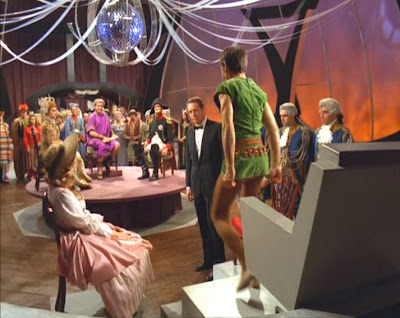 It's perplexing, it's surreal, well that's the Prisoner for you!' But why the disappearing film extra? I don't know, it's annoying, because I wish I could remember her name, if she is who I think she is!