The Prisoner asks for a map covering a larger area. 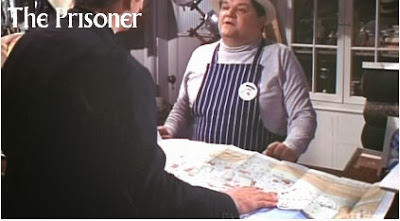 But ﻿sadly there is no call for those. When Six goes to buy a map it's  bit too small. And yet by  the time the shopkeeper has unfolded the Map of The Village........ 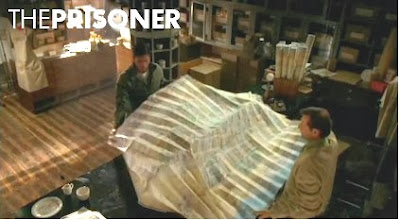 Big enough for you?!
The thing about the Map of Your Village from the original series is, in some ways it is not an exact representation of the Village itself, especially the roads, and the location of the Labour Exhange. But at least it is the size of a Village. The Map of The Village in the 2009 series shows that the Village is not so much a Village, but the size of a city! And in that regard back in the mid 1990's, as fans of the series from that time will recall, there was the idea of a remake of 'the Prisoner,' it was to be called 'The City!'