Recently found, some forgotten photographs from the 1994 Prisoner Convention held at Portmeirion. 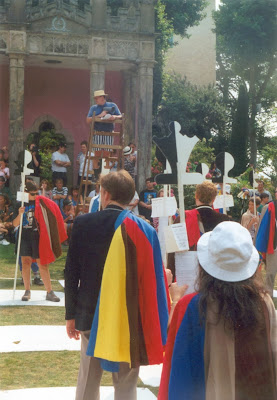 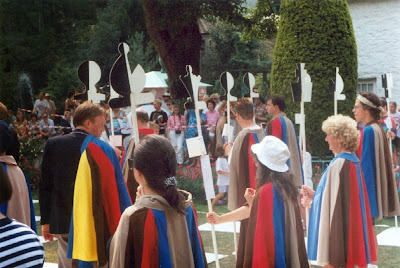 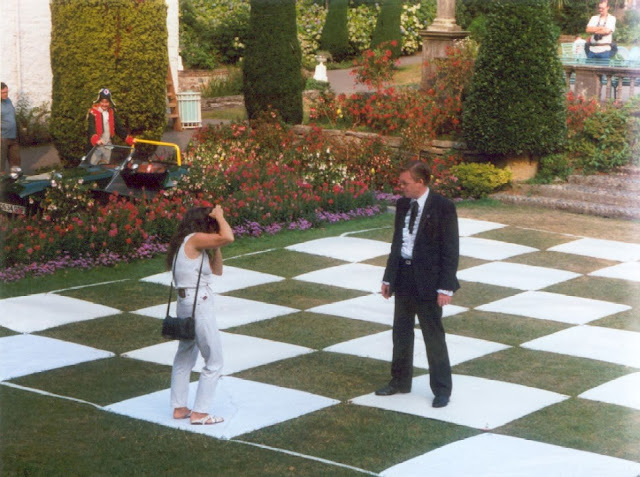 "Hold it!" Mister X having his photograph taken with one of Dr. Schnipps Marshal's looking on. 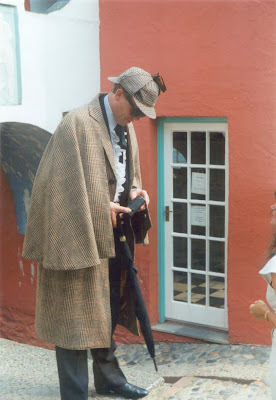 ﻿   Myself as Mister X in full costume, he's hoping to catch the girl who was death on camera! I remember how hot it was at the Convention that year in 1995, the temperature was well into the 90's'. And there I was in this costume, but then the re-enactment of Barney's Boxing Booth must go on! 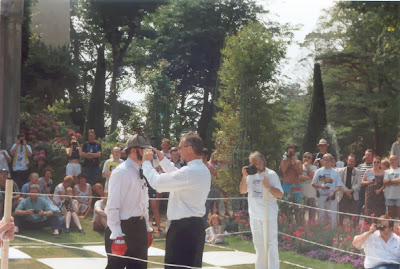 I recall that there were hundreds of people watching, members of Six of One and the general public {visitors to Portmeirion} alike; All filming on camera, and taking photographs of the re-enactment. The boxing ring was put out on the chessboard, and the late Rick Booth, he was a gentleman he was. I recall that it was he and Steven Ricks who in 1994 asked if I would portray the character of No.6 during that years Convention. They said they wanted someone who could portray the role accurately, and said in their opinion, I was the man for the role. Of course I bit their hand off for the opportunity. 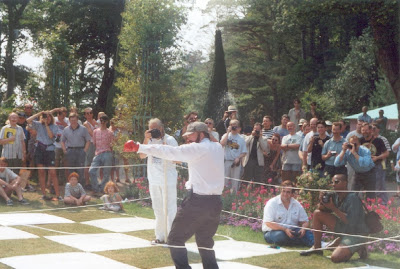 Mister X, about to take on the "Killer." This was the first ever performance of the re-enactmant of Barney's Boxing Booth in 1995, and was thoroughly appreciated by the audience. 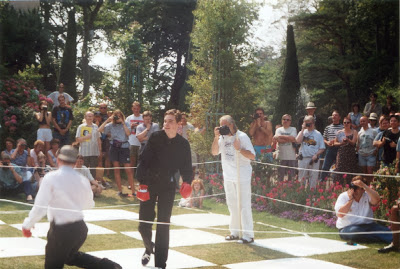 ﻿   Out for the count! Who took these photographs of the re-enactmant? The Girl Who Was Death - my wife Morag.