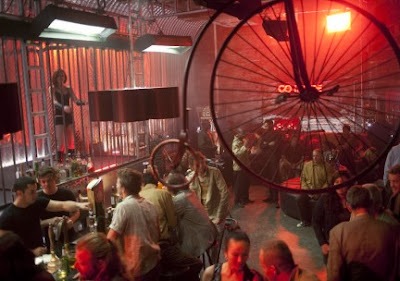 You could say that it's the old presiding over the new! This is the 'Go-Inside' Bar in the Village, which used to be the 'Cat and Mouse' night club. The interior scenes for the 'Go-Inside' Bar were filmed in an old museum in South Africa. When the film unit entered the museum, they found it filled with Penny Farthing bicycles!