Number Six is a very curious chap indeed, seen here in Living In Harmony the curious affair of the piped blazer. 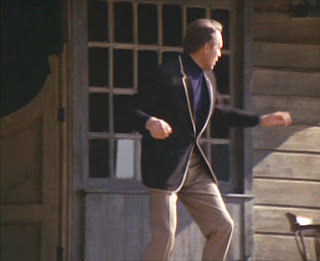 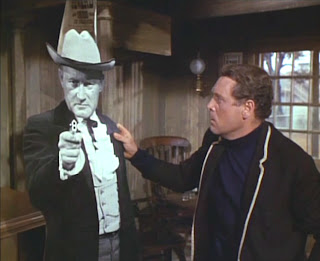 After discerning fiction from reality, Number Six comes round to discover the cardboard cut-out of the Judge. Observe that Number Six's piped blazer is clearly unbuttoned. Yet mere seconds later, as he dashed out of the Silver Dollar Saloon, the blazer is clearly buttoned! The reason whyNumber Six should pause to button his blazer before dashing outside eludes me. But not satisfied with with this most singular act, he does it again...... 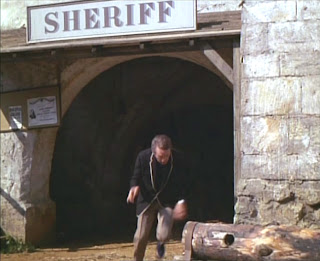 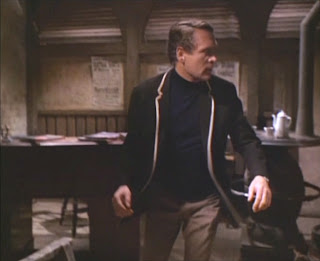 .....For having dashed into the Sheriff's Office Number Six has unbuttoned his blazer! And yet, having run out of the Sheriff's Office Number Six has once again paused to  adjust his blazer, as it is one again buttoned up!  Is it simply the case that while indoors a gentleman's jacket is unbuttoned, and while outdoors a gentleman's coat or jacket is always buttoned. So it would seem Number Six observes the proprieties at all times!
By the by, have you observed throughout the Prisoner series, the strange and singular running motion Number Six has?

I'll be seeing you
Posted by David Stimpson at 08:22