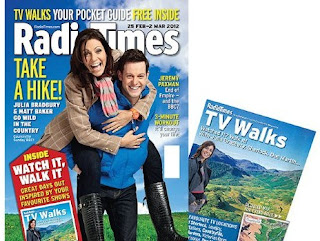 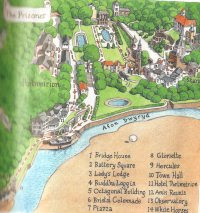 British fans of The Prisoner may be interested to know, that the currnet issue of the Radio Times February 25th - March 3rd, contains the second of a two part pull-out feature of walks based on the location of television series. A brief guided tour of Portmeirion, alongside a drawing of the Village as above left, is included.
There was a time when I would have rushed out to purchase one, perhaps two, copies of any magazine or publication to gain a picture, line of text, advertisement, or anything remotely connected to the Prisoner or Portmeirion in articles. Indeed I have a number of files containing newspaper and magazine cuttings and articles dating back as far as the late 1970's. But no more, as I have long since stopped that particular activity in the name of the Prisoner and Portmeirion. And so I didn't rush out the moment I learned of this in the Radio Times.