Number Six may very well have been a "prize" Prisoner in the opinion of certain Number Two's, and in others that he has a future with them. That he's far too important, that the tissue musn't be damaged, perhaps even to be given a position of authority. Yet in the eyes of other Number Two's, they simply see Number Six as a piece of meat to be experimented upon, and if necesary........broken! I wonder why the value of Number Six fluctuates so, to be risked, especially in the latter episodes of the Prisoner's ordeal? 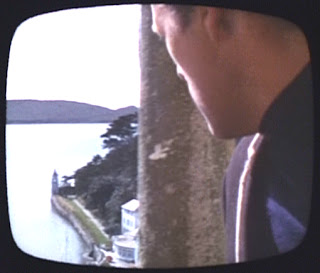 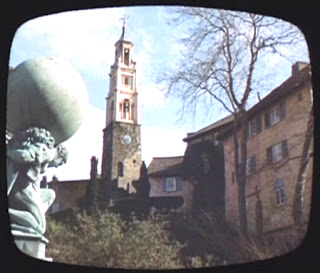 It is reported, during the daily activity prognosis report on No.6, that daily he climbs the Bell Tower, that the reason is unknown. It is said that he is constantly watching, constantly waiting, perhaps he's still waiting to see a sign from "his world," as he was on the evening of Dance of the Dead, a light, a plane, ship. Maybe No.6 simply likes the view. On the other hand, perhaps No.6 is simply another of the Village's eccentrics!

No.2 of The Schizoid Man makes the remark to the Butler "Lets see how Number Six is getting on shall we?" surely he didn't expect the Butler to answer.....did he?