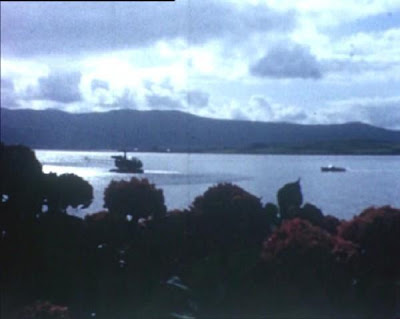 Even though the village Allouete helicopter is fitted with floats, this is the only time the helicopter is seen having landed upon the still waters of the estuary at Portmeirion, during the filming of the Prisoner there in September 1966.
This film from which this frame was taken, was filmed by someone staying at Portmeirion at the time, with out which we would not be privy to much which took place at this time.
BCNU
Posted by David Stimpson at 09:08