60 Second Interview With No.56 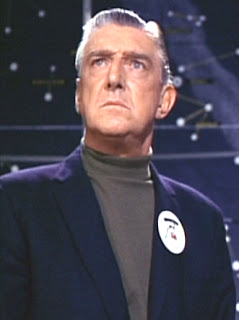 No.113 'Number Fifty-Six?'
No.56 'Yes, what do you want?'
'I am Number One-One-Three, and this is my photographic colleague Number One-One-Three b, we contribute to The Tally Ho.'
'Well what about it?'
No.113b 'Smile' {click goes the camera}.
'Look what do you want?'
'I didn't think that the position of Supervisor warranted an assistant.'
'Its doesn't.'
'Then why is Number Two-Four-Nine helping you, are you not competant enough, that you need an asistant?'
'Who told you that?'
'Its on the surveillance film footage, you and Number Two-Four-Nine, working together.'
'Ah!'
'But even with an assistant you weren't very good were you. In fact you are the only Supervisor to have his own assistant, in the same way as No.2 from time to time.'
'Well if you put it like that.'
'I do. Because even with an assistant you failed to observe certain occurances.'
'Like what?'
'Well you failed to observe the Rook stealing a surveillance camera.'
'I cannot be blamed for that.'
'No?'
'No!'
'Well the film footage disagrees with you.'
'What do you mean?'
'The camera that the Rook was stealing, is the one that you were looking through at the time, camera thirty-four wasn't it? The camera was actually tilted downwards by the Rook, which would have been reflected by the view on the wall screen here in the Control Room, just before the Rook rips out the wiring, and so the camera was kaput!'
'But the view on the wall screen didn't alter!'
'Precisely! The view on the wall screen should have altered, as the Rook tilted the camera downwards, why didn't it?'
'It's a mistake in continuity if you ask me!'
'Wasn't the fact of the stolen surveillance camera reported by the Electrician who attended the failed camera?'
'No.'
'What about the stolen telephone from the telephone kiosk?'
'No.'
'And the electronic circuits and screwdriver stolen from the electics truck?'
'Contrary to the general belief that Observers see and hear everything.......and continuity errors plaguing the Prisoner!'
'So the Electrical Engineer didn't report that either?'
'He may have done. The report hasn't reached me yet.'
'Report? the Electrician should have telephoned the thefts in immediately!'
'Well he didn't.'
'But it does get worse doesn't it Fifty-Six?'
'Does it?'
'Well there you and your assistant are, not particularly busy, when a mayday is picked up from an aircraft in distress.'
'Yes, Trans-Ocean flight D for Delta two five zero.'
'You didn't recognise the voice?'
'No.'
'No, and neither did Two-Four-Nine. It was Number Six.'
{A sudden realisation on the face of the Supervisor.}
'Even I recognised the voice of Number Six, even though he tried to disguise his voice by crinkling greaseproof paper to emulate radio static.'
'Look I don't have to put up with this.'
'Certainly not for very much longer, no.'
'What do you mean by that?'
'Only that Number Twenty-Eight will be back for the next episode, and you won't!'
'Yes, well we'll see just how long he lasts!'
'He's already lasted longer than you Fifty-Six. I'd say be seeing you, but that seems highly unlikely.'
{The pair of steel doors of the Control Room open, and from the steps of the gantry No.113b gets a final photograph before taking their leave}.
'Smile everyone.' {click goes the camera}