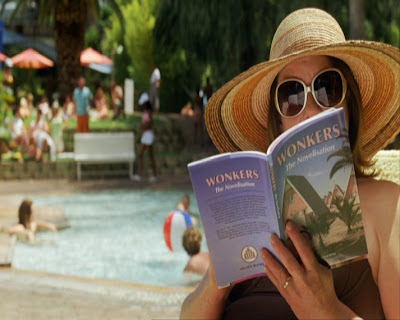 The Village has it's own television station, which broadcasts it's very own television soap opera - Wonkers - which is a soap opera about life in the Village, which has also been turned into a novelisation. I suppose it could be described as a book of THEPRIS6NER series, published by Village Books of course!   BCNU
Posted by David Stimpson at 09:02