Why is it that the Butler is wearing his cape inside out? 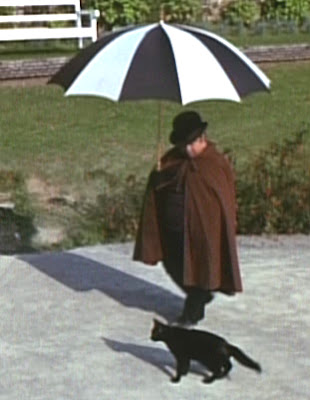 Perhaps he is showing individualistic tendencies, if he is, he is not the only one, as No.240 of Dance of the Dead also wears her cape inside out! 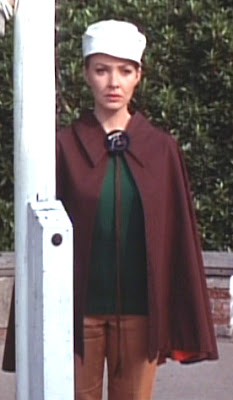 One such view might be that both the characters of the Butler played by Angelo Muscat, and No.240 played by Norma West, are showing individualistic tendencies. Yet perhaps there is another reason, that Angelo Muscat and Norma West do not wish to appeaer looking ridiculous in such colourful striped capes, as other citizens of the Village wear, as sported here by No.14 played by Sheila Allen in the episode 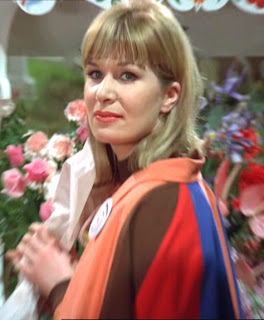 A B & C, who doesn't seem to look a bit ridiculous in my opinion.

Footnote: I have myself, on just one occasion, built up my courage and wore such a cape outside of Portmeirion, and did in fact look quite ridiculous. I didn't do it again!      Be seeing you.
Posted by David Stimpson at 10:05