The Lighthouse Is The Rocket! 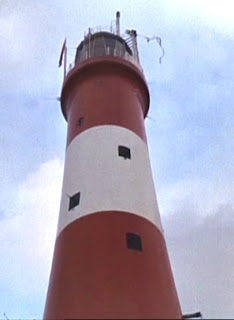 Well of course Professor Schnipps had completely lost the plot, which is strange for such a clever man as he, yes I did say clever. Because firstly he had managed to secrete a short range missile within the structure of a Lighthouse, or did he have the Lighthouse constructed around the Rocket? Well whichever way round it was, the entire London area was to have laid entirely in ruins, but he still thought to give Bond Street to his daughter. Wembly football stadium to the Scottish Marshal, and Chelsea Barracks to the rest of his men, who were not at all impressed to say the least, well would you be? but thinking about it, how can you give somethingaway that's been entirley destroyed? Schnipps was raving mad after all!
There is a very thin line between genius and madman, and Schnipps seems to have crossed it by putting a rocket in a Lighthouse! It's no wonder he saw himself as Napoleon Bonaparte. But originally he was to have been either Adolf Hitler, or some NAZI scientist out for revenge for the loss of the war and the destruction of Germany. which is actually the plot behind Ian Flemmings novel Moonraker.
The film of the exploding Lighthouse is actually film footage taken from Gerry Anderson's Thunderbirds, if you didn't already know. And next is a picture is of the exploding Lighthouse. 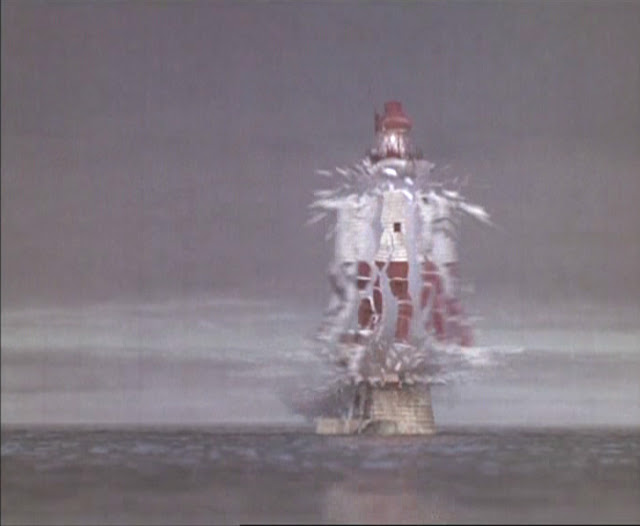 Now here's a thing, look carefully at the picture, it works better if you move a few feet away from it.........did you do that? If you did, tell me what you saw, or think you saw, as the picture is something of an optical illusion, as my wife Morag pointed out to me one day. I couldn't see it myself until she told me.....now it is as clear as day.   I'll be seeing you
Posted by David Stimpson at 09:34