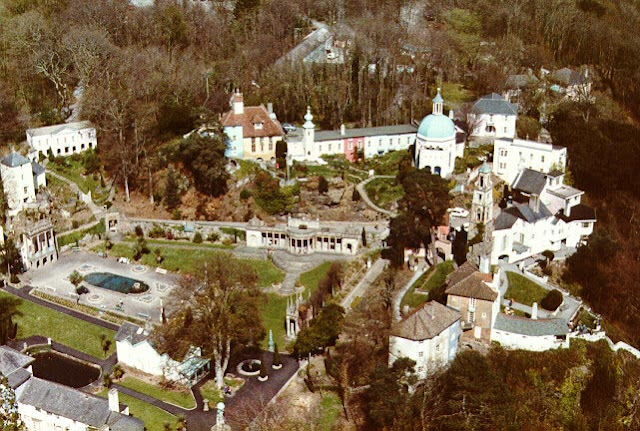 Portmeirion and the Prisoner made the perfect marriage, in the way the one compliments the other. I had no knowledge of Portmeirion until the final episode when the name and location of Portmeirion appeared on the television screen, not that my father and mother would have taken there, because they would not have done. Then in later life there was a time when I needed to escape there. And when I did, it was always as though I was coming home........strange.
This picture shows the central area of Portmeirion off a treat. The Green Dome I recall was made out of three quarter thick hardboard, and remained that way for many years until it leaked so much that the dome had to be replaced with a copper dome, as was the original intention when the Pantheon was first constructed. But the copper was lacquered, and so verdigris has never set in!        BCNU
Posted by David Stimpson at 08:35