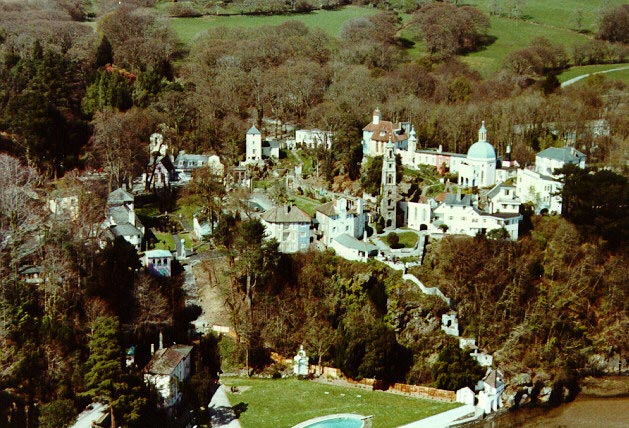 The Prisoner-No.6 wanted to escape the Village, I never wanted to leave. In fact in my single days, when I would spend a weeks holiday there, I made sure that I had enough provisions with me, so that I would not have to leave the Village until the next saturday!
I would stroll the Village daily. Have a cup of coffe at the cafe, and occasionally there would be a sign from the outside world, a boat, a plane, the train running on the railway line on the other side of the estuary! I never climed the belltower though, it wasn't safe as I was informed. But I did once go into the Camera Obscura at Portmeirion, situated next to White Horses Cottage. From within the Camera Obscura one feels like an Obsever in the Village, able to observe the Village, the beach, and the people there, without yourself being observed. It's a wonder the Camera Obscura was never used in the Prisoner.      BCNU.
Posted by David Stimpson at 09:48