What The Devil Was That? 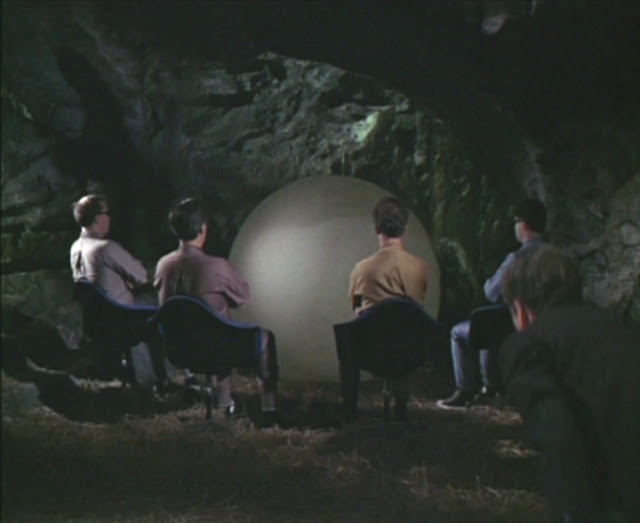 There are several aspects of 'the Prisoner' which have defied explanation, and this is one of them. The pulsating Village Guardian, in a cave, with four men dressed in overalls, sitting in chairs, while wearing dark glasses, arms folded as they look upon the Village Guardian. So what the devil is going on? Is this some other form of therapy? Well they are in a cave, and the Therapy Zone we have already seen, in which the scientist/brewer brews his brew, and citizens are allowed to be an alcoholic, just as long as they rejoin the flock in good time. Are the men being indoctorinated by the Guardian? It's thoroughly inexplicable, and is never likely to be fully explained now. Perhaps it was a scene simply dreamt up for effect, and therefore this surreal scene has no real explanation.