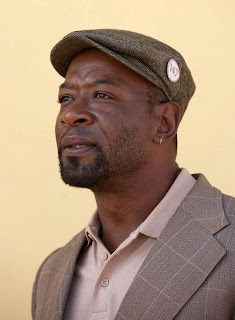 This is 147 {Lenny James} who works in the Village as a taxi driver, because he likes to ride. In New York time was that he was so crazy, that he thought that every single car on the street was out to get him. And he just had to get them first, he just wanted to hurt somebody. But now, after getting mental help, he's a baby, he's seeing the world through fresh eyes. It's like his brain has had a wash, like a spring clean of the frontal lobe. 147 has not been allowed to see his daughter, but Mister Curtis said that if he keeps making progress, Mister Curtis says they'll let me see her again. This is 147 as Mister Curtis' driver in New York. 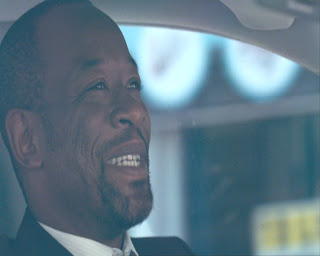 There has been a television series on Channel 4 called "Run". Below Lenny James plays a recovering heroine addict. 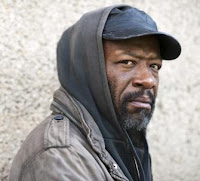 The one thing that spurs him on - is the possibility of re-establishing contact with his daughter. It made me think of 147, and the mental help he is receiving in the Village.

Be seeing you
Posted by David Stimpson at 09:10