Village Observation; Number 2 speaks with someone on the telephone, that someone is me, the . Well who do you think told number 2 that number 6 had arrived at the green dome to see my master number 2?
“Number 6 is here to see you.”
Number 2 Is he, show him in.”
Then of course I do show Number 6 into Number 2’s office as instructed. So just because you don’t hear me speak, doesn’t mean I can’t! {As is the thinking of the majority of fans of the Prisoner.} However the proof of the pudding is in the eating, to borrow one of No.2’s sayings, because a good see and hears everything, but says nothing. Such a role model would be Jeeves, Bertie Wooster’s gentleman’s gentleman. 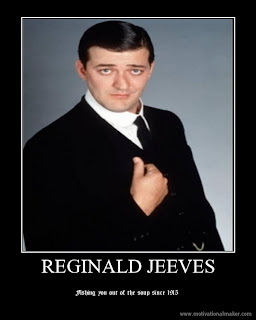 In this way, I saw and heard everything, but said nothing, and that is why people arrived at the thought that I cannot speak, simply because they had not heard me speak. Magasfontein Lugg on the other hand,  being the personal Valet and to one Albert Campion,  is a far different for of gentleman’s gentleman. He has experienced the more shadier side of life, skills such as lock-picking to cat burglary are well within his grasp. He is also opinionated, has views on most things and is not afraid to voice those opinions to his mater. Yet at the same time, Lugg can be depended upon in a tight spot, and when it does really count, can remain silent.
Yet for all his faults and graces, Lugg is the very opposite to that of myself and Jeeves, not that I attain to the heights of Jeeves, the very essence of what a personal valet, gentleman’s gentleman, and Butler should be. 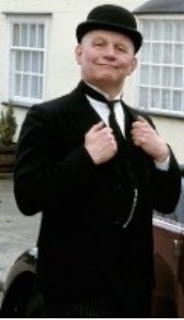