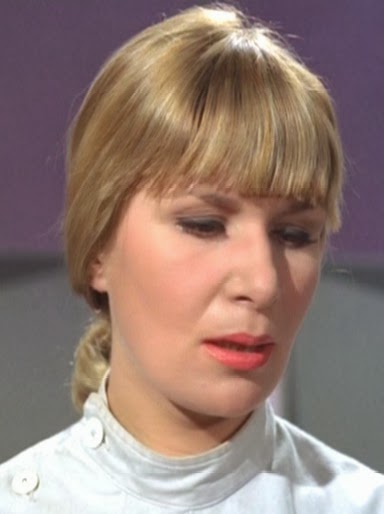 No.14, the doctor who had developed a new drug, and who was about to set out on an important experiment involving No.6. 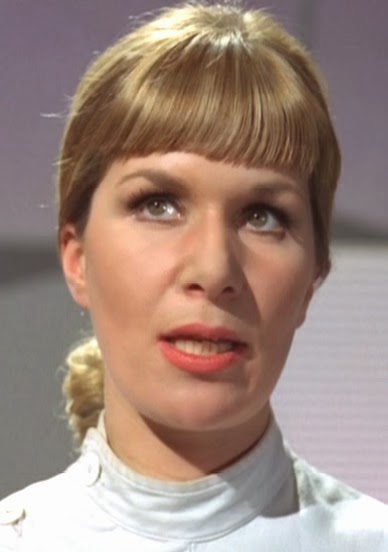 And here is No.14 at the point when the Prisoner-No.6 is about to leave Engadine's party. No.2 isn't at all happy, but No.14 states that the dream must run it's course, it's what would have happened.........But just a minute! An importnat experiment, a drug that hasn't been proved yet, but will be on her if it doesn't work, appears to have had time to go to the hairdressers. Her fringe has been cut! 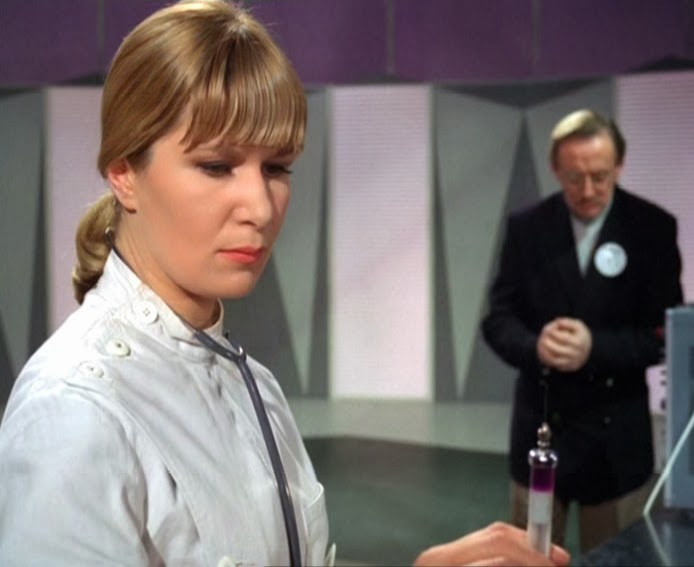 Oh no my mistake, we all have to make mistakes, sometimes we have to, because by the time of the third and final does of No.14's drug, she has grown the finge back again!