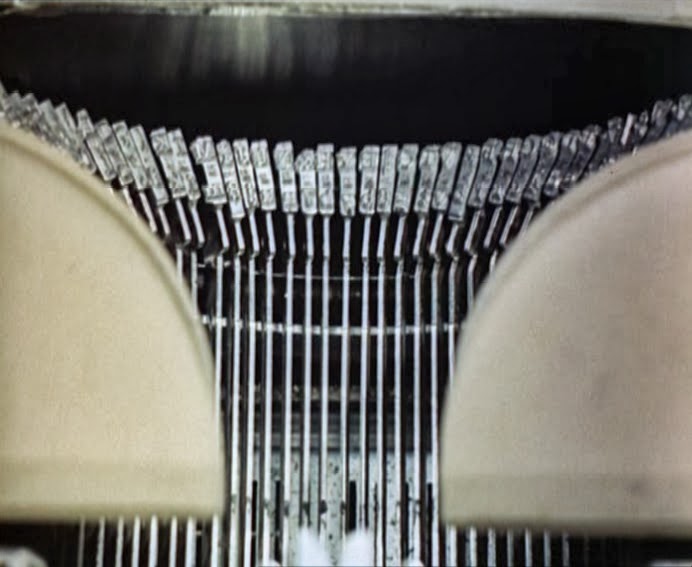 Way back in the 1980's I think it was, a question was raised abut the typewriter key used to "X" out the Prisoner's identity card during the opening sequence to the series. Having looked at the film footage, I think it's the "H" key used, or "D" depending on whther or not the upper or lower case is being used. Sadly I do not have a typewriter to confirm this, and the picture of film footage is a little indistinct. But whichever key is used, it isn't "X"!


Be seeing you
Posted by David Stimpson at 08:34