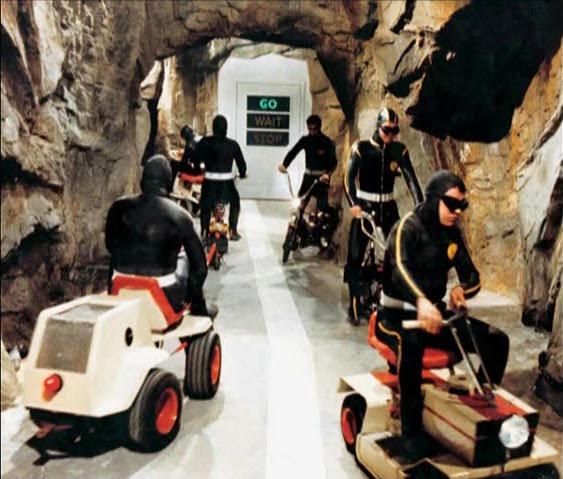 If it's surrealsim you want in 'the Prisoner,' I don't think you can do better that the frogmen riding Raleigh Whisp mopeds, garden lawn mowers and tractors! I suppose it could be described as James Bondish! Observe the traffic light sign on the door, red amber green which opened automatically when the "Go" light was lit, which was the original idea, but later changed for an old door with a lock.