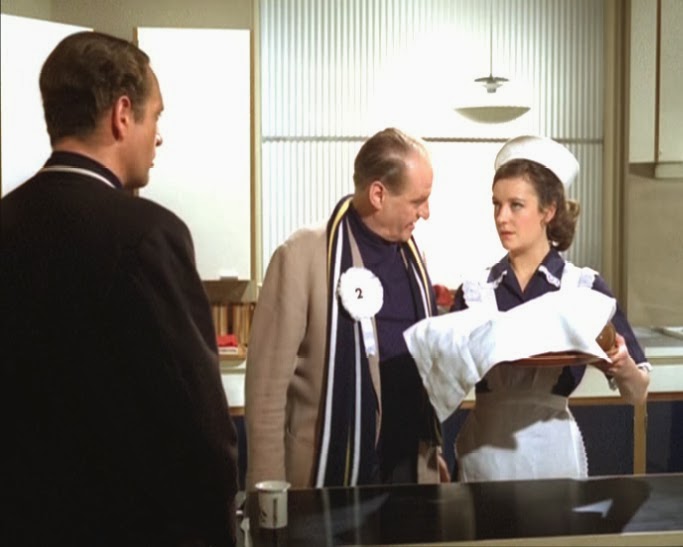 For years I had always had the impression that No.2 had organised No.58 to bring both himself and No.6 breakfast on a tray, but of course this impression is wrong for two reasons. Firstly No.58 brings breakfast for one, that of No.6, there's no breakfast for No.2, save for a piece of toast offered to him by No.6. Secondly, No.58 didn't arrive at '6 Private' with No.2, but actually arrived a few moments later, having been brought by tractor and trailor as No.54 was in 'Dance of the Dead.' 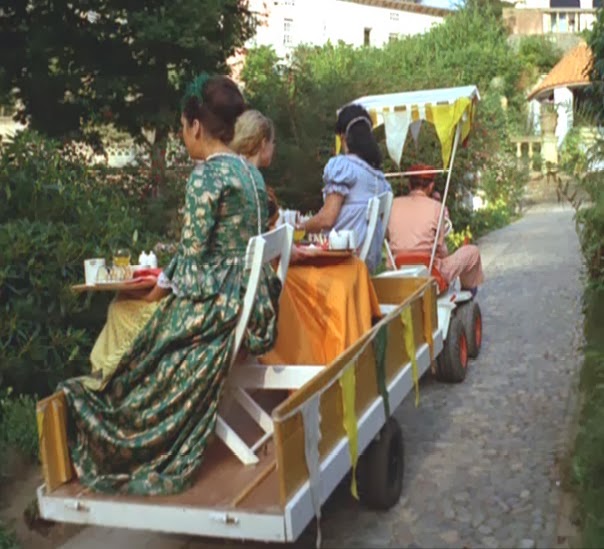 If we forget the screening order of 'the Prisoner' for a moment, and go by the "library" order of the episodes which has 'Dance of the Dead' as the third episode, and 'Free For All' as the second episode, having breakfast brought to him by a personal maid is a privilege for No.6, and so it would seem for other citizens. Yet it is a privilege which No.6 has lost by the time of 'The Chimes of Big Ben,' because we see No.6 about prepare his own breakfast, until No.8 comes along to do it for him....one egg or two?

Be seeing you
Posted by David Stimpson at 09:25