Ex-Secret Agent Or Scientist?
An ex-secret agent every time! But there are those who would have believe the Prisoner-No.6 was in fact a scientist, based on the grounds that he could launch a rocket, in both episodes of ‘The Girl Who Was Death’ and ‘Fall Out.’
Well I wouldn't say launch as in a controlled rocket launch. Because in both cases the Prisoner was in fact carrying out an act of sabotage. Pressing buttons, turning switches, just in the same way James Bond might, and you wouldn't call James Bond a scientist would you now?

"Don’t Bring That Wet In Here. Take your macs and boots off."
Well that was the instruction given to the men bringing No.6's unconscious body into the laboratory of ‘A B & C.’ But the doctor-No.14 made no remark towards that wet oilskin covering No.6 wrapped up in the blanket!

Its One Of Those Inexplicable Moments!
Why in Arrival the white membranic mass of the Village Guardian should choose to attack this young man, who was running about in the particular direction, beggars belief! I know No.2 gave everyone the order for everyone to "Be still", and that this particular young man failed to adhere to the given order. But only moments ago two men were brawling in the fountains pool, they were pulled apart, and hauled out of the water by two men. In this case there was no intervention by the Village Guardian!
So it is quite possible that the young man in question was nothing more than a guinea pig, to be used in a demonstration to the Prisoner, as to what can happen if you get out of line! 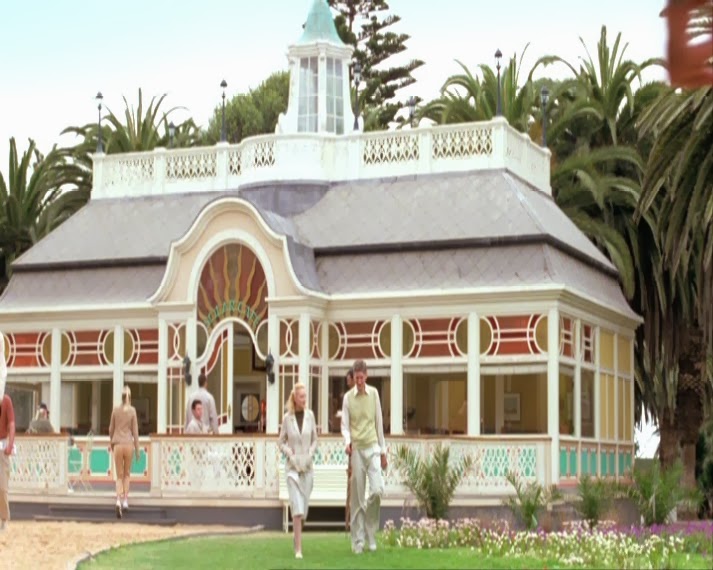 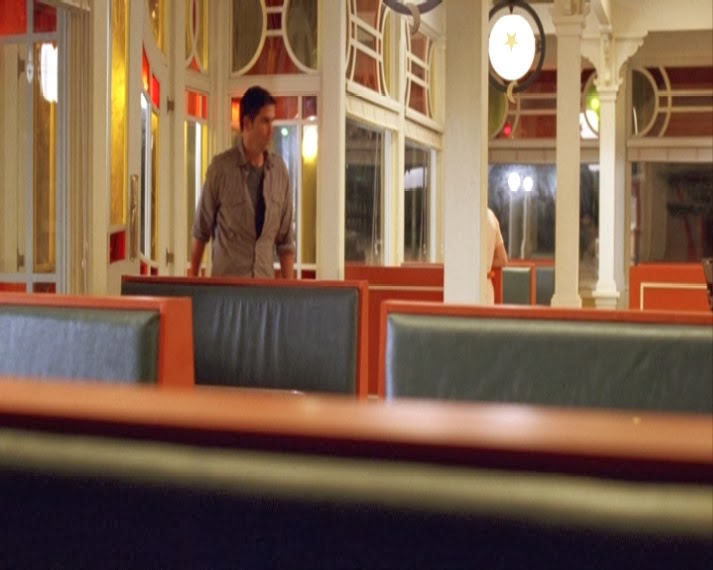 Yet at the same time it has to be very Village. So they tried to soften the diner with a bit of Portmeirionesque architecture, to somehow confuse people. As this is another Village, in another time, in another mind, and in someone elses dream, but with elements of the other dream that has just crept in.
The owners of Swakopmund, a German holiday resort, liked the Solar Cafe so much, that they tried to buy the building. But as we know, the Solar Cafe was actually blown up in the first episode.

THEPRIS6
In the opening episode of this series, Michael, having found his way across the desert, arrives in the Village. At one point he hails a taxi. He asks the driver 147 to take him to the Railroad Station. But the driver simply tells Michael that "This is The Village, and I do local destinations." But this is not the first time that a Railroad has been made mention of in Prisoner history, oh no. In the novel by Thomas M. Disch the Prisoner, Disch has the Prisoner arrive at the Village on a train, or at the very least arrive at The Village Railroad Station. And there’s a ruined Village railway halt in the episode of Harmony. 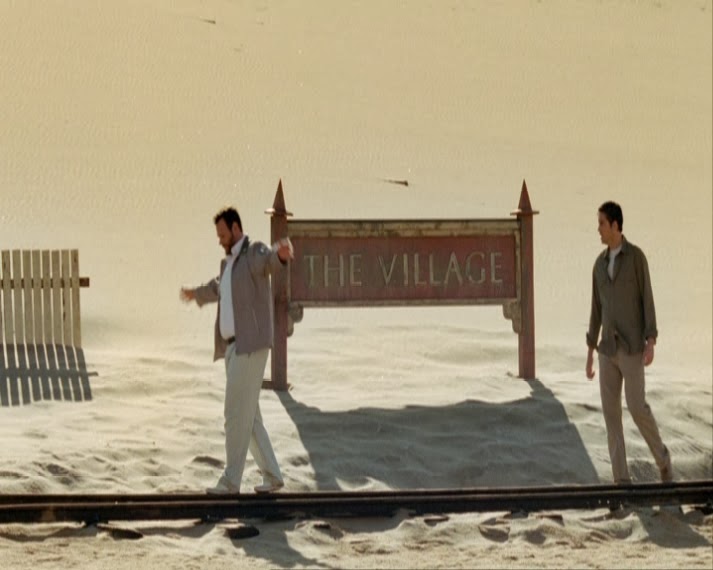 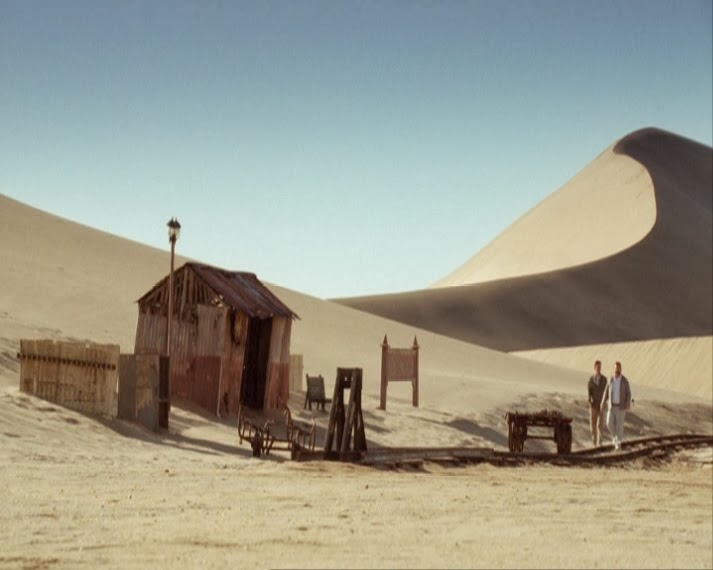 It is interesting to note that Patrick McGoohan's views on television, at the time he produced his series the Prisoner, he described it as being a "guest" in ones home. The television medium should not, he felt, be used to portray sex and violence, which would be an intrusion on family life. But just a minute, what about drugs? There's plenty of forced drug taking in the Prisoner. In at least ten out of the seventeen episodes of the series, any number of different drugs are used on both No.6 and other citizens of The Village. To make no mention of several different types of mind altering therapy, and conditioning. And as for not wanting to promote violence, there's violence in the Prisoner, or was Patrick McGoohan simply winking a blind surveillance eye to that point?