A Negative Reaction To Pain
Such is one result of the tests carried out on No.6 during the episode of Checkmate. No.2 responds that he'd never be able to fake that 'a negative reaction to pain,' to which the doctor agrees "Its would take superhuman will power!"
Well it would seem that by the time of the next episode No.6 has lost that "superhuman" will power. Because while undergoing an interrogation session with No.2 in his office, No.2 pokes No.6's forehead with the point of his sword "Ah! You react" No.2 comments. No sign of a 'negative reaction to pain there!' 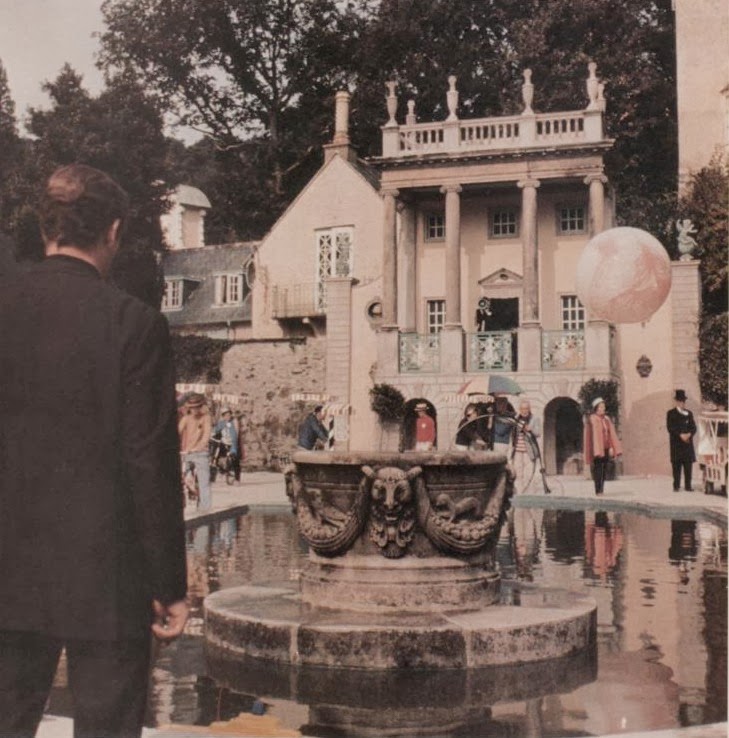 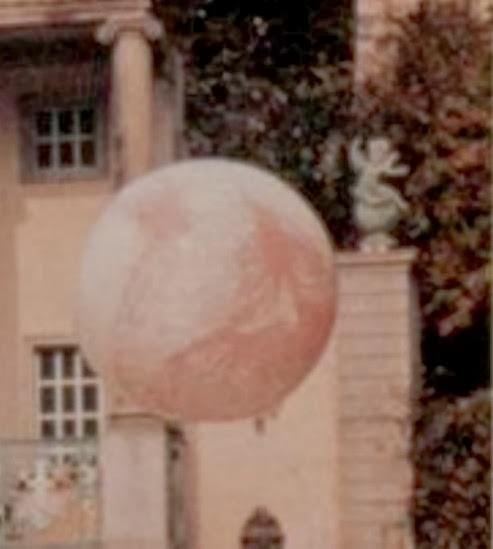 As we know, the Village Guardian is white, yet in this image taken on the day of the Prisoner's arrival in the Village, the guardian has a pink tinge to it, that's not blood is it? After all originally there was to have been a scene in which the Village Guardian drained the blood of one of it’s victims, turning the Guardian red. Not only that, but there appears to be veins in that membrane!

It's no wonder that No.6 was so important to "them," when you consider the many failures of No.2!

The Girl Who was Death
A simple romp with a humorous pay-off, is one way to describe this episode. But reflecting Man's "latent fears" of women, as one person once put it, well isn't it more the case that the girl who was death is an evil foe, who must be defeated by Mr. X? It has also been suggested, in the past, that this episode contains "sexual images!" Where are these, I'd be very interested in seeing them. Sure, the Girl who was death is sexy, and attractive, but "sexual imagery," people see far too much, and have far too much imagination for their own good, or perhaps I lack the much needed imagination...... I'll try it out the next time I watch ‘The Girl Who Was Death!’

Pawn Or Player?
The Professor and his wife are played off against each other, used as a form of indemnity, one providing insurance against the other.
The Professor's wife believes whole-heartedly in her husband, and is fiercely protective of him. She is a warm, sympathetic woman. She'd talk her husband into anything to keep him alive.... such is the course of true love. In effect Madam Professor is working with the village's administration, but to protect her husband - the Professor - she is in constant fear for his life, safety, and sanity.
Yes Madam Professor may be working with the Village's administration, but against her conscience, so No.6's insulting portrait of her as a military commander, the General in fact, must have been deeply offensive to her.
With the death of her husband - the Professor - one can only guess what might become of this poor woman, who lied at being happy in the Village.