There is one thing about this series, it's all tied up with a nice pink bow! But there are yet certain questions I'd like to ask the producers of the series, like how did they arrive at the new logo for The Village? And scriptwriter Bill Gallagher said that he'd jokingly come up with the idea of "pig breath" as being a stabiliser for the weather anomalies in The Village, the appearance of those holes. And two years later the world is in panic of Swine Flu! Well I have to say that I see holes appearing almost everywhere, most recently holes in the World Cup! Then there are all those huge sink holes appearing in a few days ago. The holes in this series, or rather The Village, are in the same regard as the number Six. How many times in the news have you heard that "Six die in road accident." Or that "Six charged and taken to court, Six arrested for murder, Six accused of fraud........." Its six this and have a dozen of that, but almost always "Six." They say that things may come in three's, but things more often than that, happen to Six! 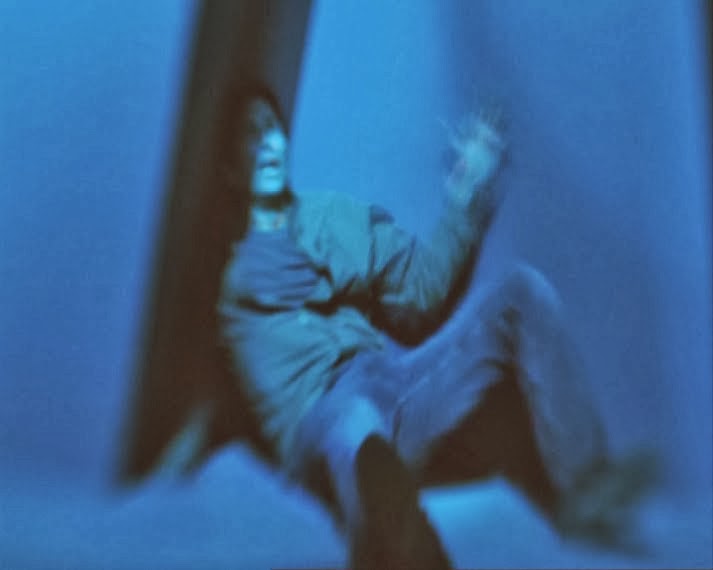 There is something which this series shares with the original series of ‘the Prisoner,’ Six, like his predecessor, was brought to the Village for a reason. Both No.6 and Six are seen to have a future with the Village, and during the process no harm must befall either one of them.

The scene in the episode Schizoid is set, Two goes into the "Go-Inside" Club looking for his son. As Two passes through the club, there is a Penny Farthing bicycle suspended from the ceiling, and Two looks up and pays homage to that which has passed in the Village, in his own inimitable way.
But if the production of THEPRISONER had not moved from Swakopmund in to in , and able to turn a museum into the "Go-Inside" Club, then this scene of homage paid to the logo of the original series, may not have taken place. Because when the production team found the museum in , they found all kinds of old bicycles in the museum, including a number of Penny Farthings. 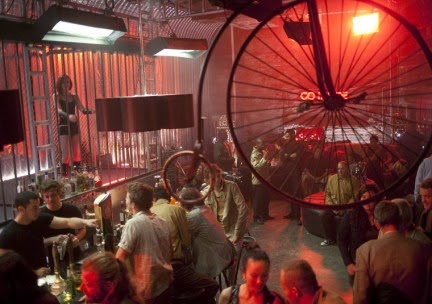 We realise, those that stuck with the series, that this series is all in the mind, well M2's mind actually, and to be carried on in the mind of 313, with the help of the new Two's help. I recall a number of theorists in Six of One: The Prisoner Appreciation Society, who wrote in the society magazine in the 1980’s, or was it the 90’s, about how ‘the Prisoner’ was simply all in the mind of Number Six. That the whole series is a persecution complex, brought about by the Prisoners own resignation. That in end the Prisoner, being faced with himself, had to face up to that which he fears more then anything.....himself! In this series it's Two who tries to get Six to face up to his fears, because Michael/Six resigned because he found out what he was doing. His fear that he had helped in the creation of The Village, which is after all, all in the mind.

Village history can be a very contradictory thing. If you will recall, those readers who have actually watched this series, how 1,100 stated that "There is no Number One. There has never been a Number One, and there never will be." But there was One, for Six is the One, who became the new Two. You see Mister Gallagher, there's still something to be squeezed out of this series. Not all the loose ends were tied up in a nice pink ribbon I'm pleased to say.

I don't know quite what to make of 313. She is a doctor, assigned to Six. And she obviously works for Two, yet she took the sketches out of Six's pocket, and kept them for herself, why? 313 told Six that she likes the idea of "Another place," but why? If all 313 has known is The Village. Perhaps she is beginning to wonder.
I know one thing, I wouldn't mind a fortnights leave in "Escape Resort." I thought it was a curious name to give a holiday resort, "Escape Resort." But of course it's like the "Therapy Zone" in the original series. Escape Resort is a place one can go to escape The Village for a short time, before rejoining the flock.
At the Clinic, Six under went the "speak cure," to find the Six within. Then Two turned up, and decided to undergo the cure himself, not that he believes in such therapy. Two went on about having been placed on the potty sideways when he was a toddler, and how he wants to sleep with his mother! If that's the case, then that would explain a lot, and why Two is the way he is! Two asked 70 if he had had sex with his mother. 70 replied that he hadn't. To which Two said "Well don't!" I wonder if that's Two's trouble, and the reason why he turned out he way he did, because he slept with his mother? It wouldn't surprise me if he had!!!
Two spoke of the "Two inside." 70 said that Six is resistant to revealing the Six inside, that he feels his roots. Two said that Six's roots are here, in The Village he meant. So Two gave Six his roots, he tried to make him feel like he belongs. By giving him his brother, and his brothers family. My roots are in , although I haven't seen my family in years. And I've sometimes been in touch with my feminine side. But I've never tried to find the Hein within!
That folly in the desert puzzles me. Why a ships drift anchor? Is it simply there to become a fixation in Six's mind I wonder, to do with the ocean I mean. 16 told Six that the anchor is just a desert folly, it's a nothing. But Six sees it differently, "It means escape!" That's as maybe, but escape to what?

Village is best for us……be seeing you
Posted by David Stimpson at 08:24