The Reality of The Prisoner! 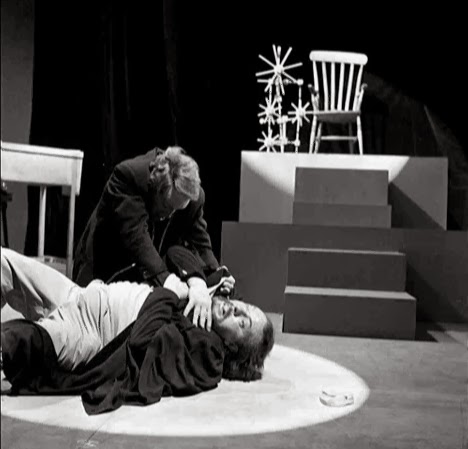 At this point during their deliberations, No.2, or perhaps I should say Leo McKern was quite literally fighting for his life as Patrick McGoohan played the scene for real! It's no wonder poor Leo had a nervous breakdown, the strain being too great, which halted filming for a considerable time. That left Patrick McGoohan to film what he could with a stand-in for Leo, this led to a number of continuity errors in the episode, such as No.2 wearing a sling in the bombing scene the one minute, and not, as he bailed out of the aircraft, or leaping off the plank! According to legend Leo refused to work with that man again, and yet he did, but I bet he took some persuading!