In 'Dance of the Dead,' No.6 wrote a short letter, and taking a photograph of himself taken from his card of identity, and a hand drawn map, he put them altogether in the dead man's wallet. The wallet in a polythene bag, which he then put in a pocket of the dead man's trousers. The dead man tied to a lifebelt, be set adrift into the estuary in the hope that it would be carried far out into the sea, to be picked up by some passing ship. Which presumably that vessel was M. S. Polotska!
The thought did occur to me the other day, why it is that No.6 didn't try this before, but using a bottle. The same items sealed in a bottle, and the bottle thrown into the water, in attenpt to get a message to the outside world. But then again he might have tried something better, taking a leaf out of the people of the Scottish Islands of St. Kilda, who used a mail boat.
"By the late 1890s a unique system of mail dispatch had developed on the remote Scottish islands of St Kilda: letters were enclosed in a waterproof receptacle attached to a homemade buoy or buoyant object and launched into the sea in the hope that they would wash ashore and be forwarded on by whoever chanced upon them.
The idea had been developed by John Sands, a journalist who found himself stranded on the islands in 1876. In the years that followed Sands experiments the St Kilda “mail boats” were regularly used by the islanders. An article in The Sketch in 1906 recorded that during the longer winter months when vessels did not call at the islands, letters were dispatched by placing them in a waterproof, buoyant case and cast upon the waters. Usually this remarkable mail-packet is picked up on the coast of Norway, to be forwarded later to the Foreign Office. Four packages out of six reach their destination." Pictured here is one such mail boat. 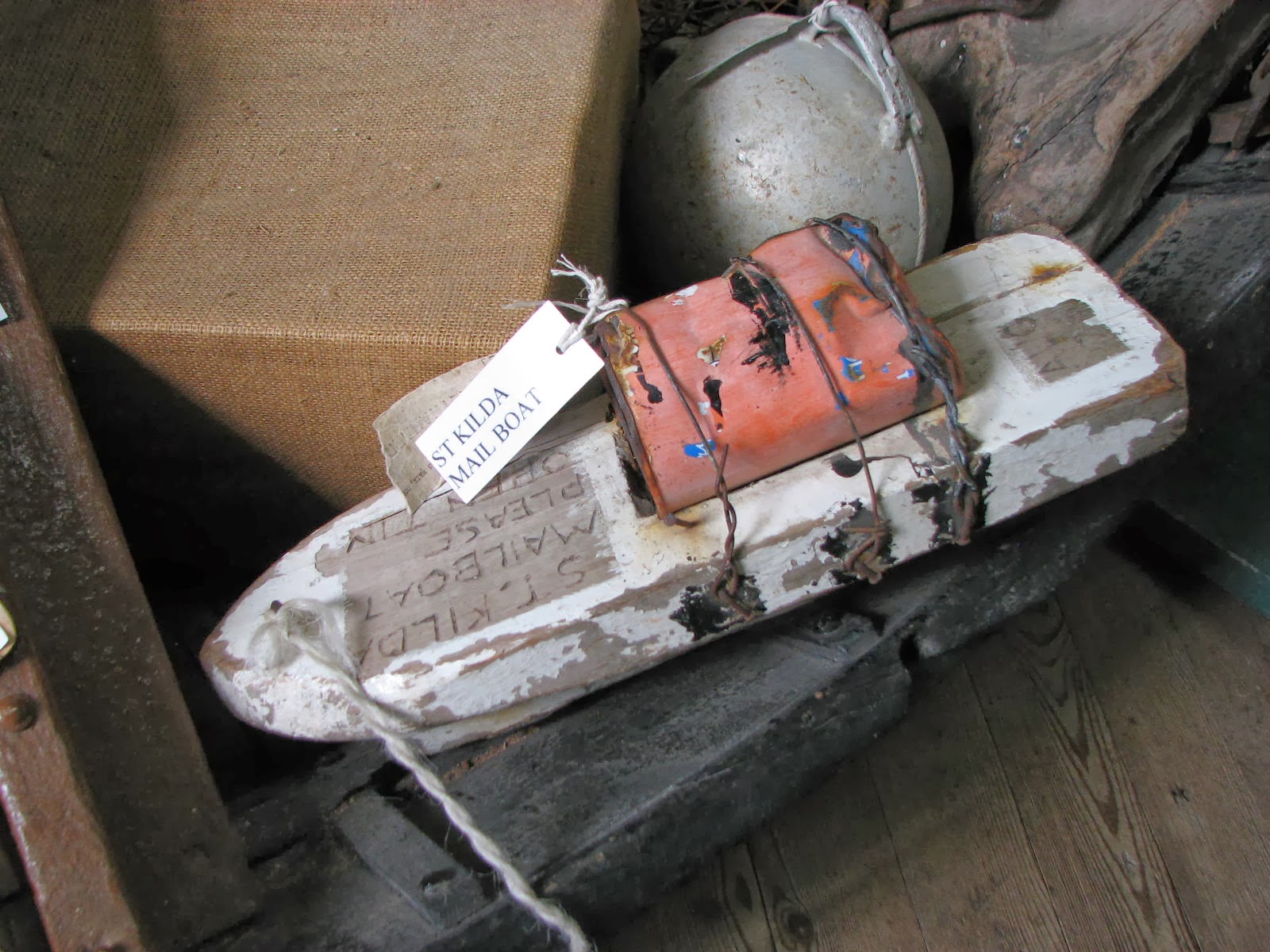 I'm sure No.6 with his woodworking skill could soon knock one of these mail boats up, seal the letter, photograph, and map in a watertight receptacle, then cast the mail boat into the sea. He could even carve an address on it, to where he wanted the contents delivered, in the hope that someone would find it, much in the same way as the body carrying the message in 'Dance of the Dead,' in the hope that someone would pick up the boat and then pass the contents on. Certainly such a little wooden boat would have a greater success of surviving than a bottle.