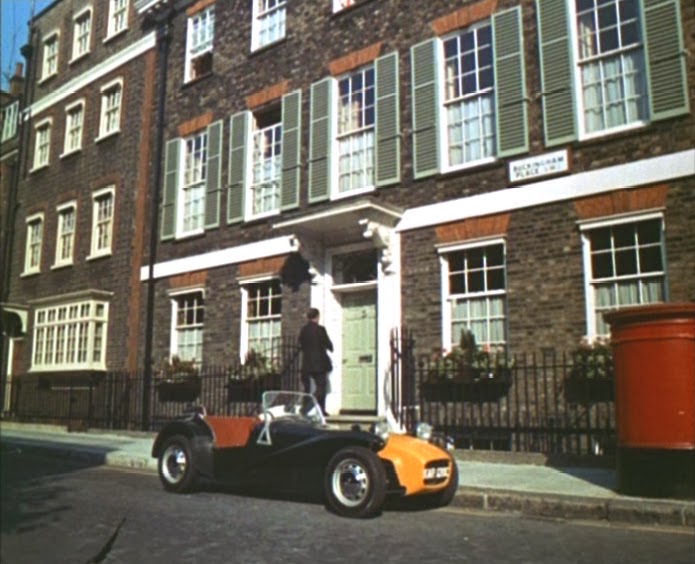 I should have thought 1 Buckingham Place was far too large a house for the Prisoner, especially when one considers who was one of his near neighbours was at the time, someone of a very powerful family living in a much smaller house than that of number 1. Generally speaking people who lived in Buckingham Place were of a higher status, and would have had servants of one kind or another, certainly a housemaid. While Mrs Butterworth lived in number 1 at least she had a housemiad - Martha, so at least Mrs Butterworth didn't rattle about in the house alone, even if she didn't live there for any great length of time.
Surely the Prisoner would have needed a housemaid, someone to keep the house in order, someone to do the dusting and cleaning. And if he had that would have complicated the act of abducting the Prisoner from his home. The Two Undertakers may have been disturbed by a servant as they carried the coffin into the house between them, unless any servant was also nerve gassed! It might have been the case that the Prisoner had servants, and because he had resigned his job, knew that he was going away, he had dismissed any such servant! Pity, they might have been able to stop his abduction!
I should have thought that a small house in a Chelsea mews would have been more the Prisoner's style. Of course the Prisoner was engaged to Janet Portland, we know that. Even if the Prisoner could live without a servant of any kind, Janet Portland could not. Once married and moved into 1 Buckingham Place, I couldn't see her being a domestic goddess! She would have had servants to do the dusting, cleaning, cooking, and the laundry!
And finally, that time when the Prisoner finally returned to London he made his way across the city to his home. Well where else could he go, where was there for him to go? Well he could have gone to his fiancee Janet Portland! But no, he returned to his home, fair enough. But what I've never understood is this, when the Prisoner mounts the steps of his home, when he knocks on the front door, who did he think would be there to open the door? I should have thought the Prisoner would have known the house still to be empty, especially when there's still six months to run on the lease!