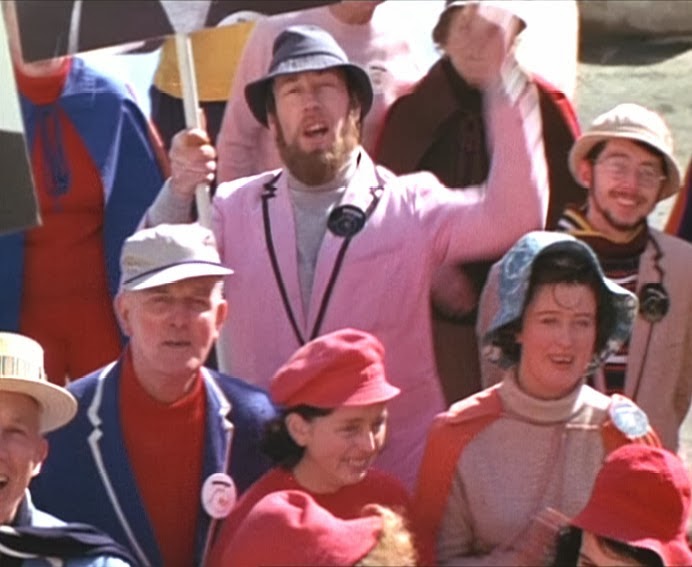 The chap in the hat, sporting a full beard, and pink blazer stands out in the crowd. No, it's not the pink blazer that is the cause for this, it's the hat and beard! There is an episode of the BBC television series 'Dad's Army' called 'Time On Our Hands' and in the crowd scenes is a man wearing a raincoat, scarf, hat, and sporting a full beard. The man stands at the back of the crowd, he doesn't do anything, he just stands there, but once again it is the hat and beard that makes the man stand out in the crowd!