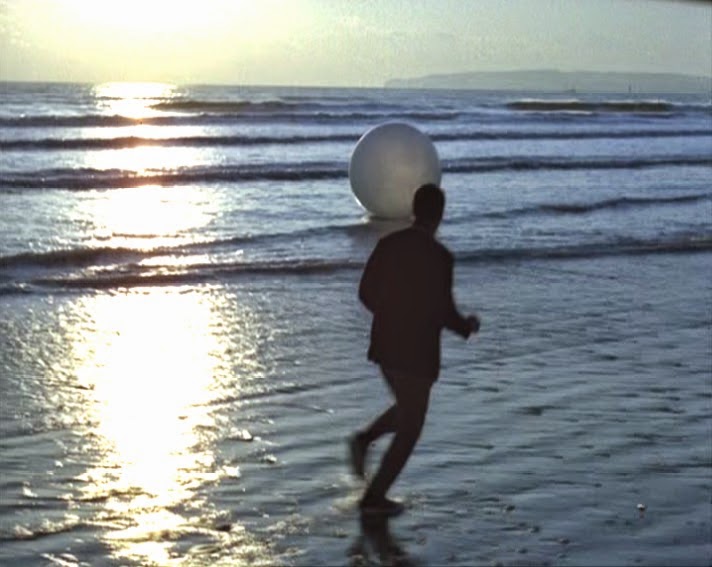 In ‘Dance of the Dead,’ when Number 6 breaks curfew and goes out into The Village night. In her office Number 2 observes Number 6 on her wall screen, and presses a button on her control panel releasing the membranic Guardian. Then Number 6 finds himself on the beach with the Guardian, which does not attack him. Instead Number 6 begins to run, and it always seems to be that he is testing himself against the Guardian, perhaps in an attempt to outrun it. But the Guardian simply maintains pace with the Prisoner, until Number 6’s stamina finally gives out, and is on his knees. Having observed this on the wall screen in her office Number 2 presses another button and the Guardian moves away. I suppose the reason why the Guardian didn’t attack Number 6, thereby suffocating him into unconsciousness, is because Number 6 isn’t being of any great trouble. So seeing that Number 6 has nowhere else to go but back to his cottage Number 2 is happy to leave Number 6 where he is. A night spent on the beach will not harm him or The Village.
Well that’s all well and good, Number 2 activating and deactivating the Guardian by the touch of a button. But how was it conveyed to the Guardian to just maintain pace with the running Number 6, and not to attack him?

Be seeing you
Posted by David Stimpson at 09:29