Enthusiasts can theorise about ‘the Prisoner,’ come up with fresh ideas and interpretations as we all do on occasion. However there is another way of looking at the series, and visually I am always astonished by what can still be found by simply looking at the series, and from time to time putting “the Prisoner’ under the microscope” to coin a phrase from a friend of mine recently. Because visually ‘the Prisoner’ still has secrets to reveal, even after the past forty-eight years.

It was while I was studying ‘The Schizoid Man,’ looking for a certain image, that I observed something which made me stop and look closer. I don’t know if anyone has spotted this before, but Number 6 seems to have found a new use for a then obsolete object from the previous episode of ‘Free for All.’ 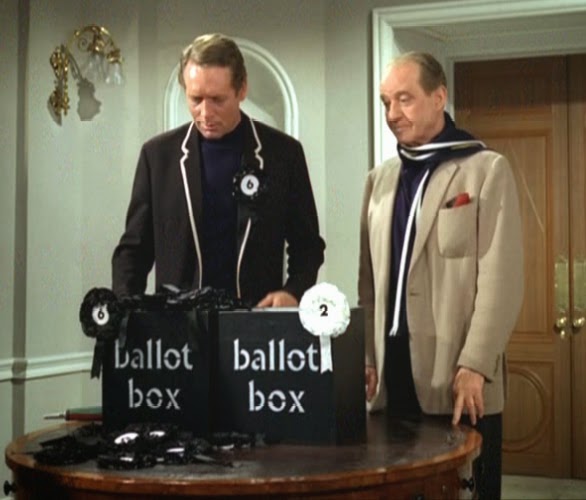 Pictured here are the two ballot boxes used in the Polling Station in the Town Hall used by citizens to cast their votes. The next picture, was taken during the fight scene between Number 6 and Number 12 in ‘The Schizoid Man.’ As Number 12 is thrown over the breakfast counter, forced back against a kitchen cabinet in the grip of Number 6, a black box can be seen on the floor in the bottom right-hand corner, apparently marked “ballot box!” 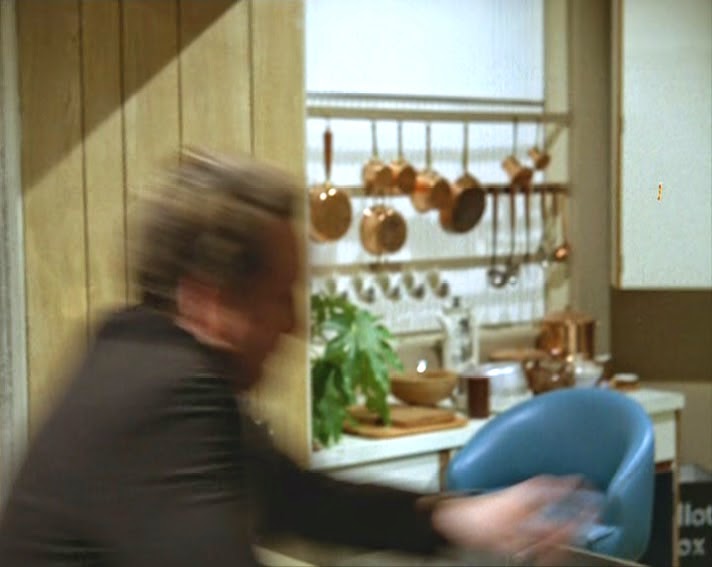 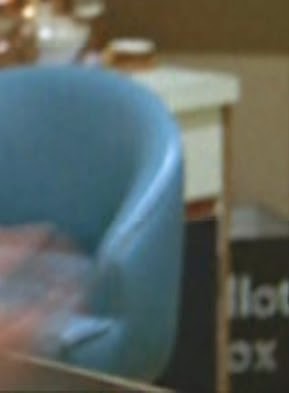 It would seem that Number 6 has laid his hands on the box and is now using it as a kitchen waste bin!
Incidentally, the table upon which ballot boxes are set was once used by a landowner. The table has a number of drawers set in it in which the land leases of his tenant farmers would be kept. The drawers would be indexed with the letters of the alphabet, except for ‘X’ and ‘Z.’ Upon each quarter day, the tenant farmers would go to pay their rents. The landowner would take each land lease from the correct drawer and mark down that the quarterly rent hand been paid by each tenant farmer.