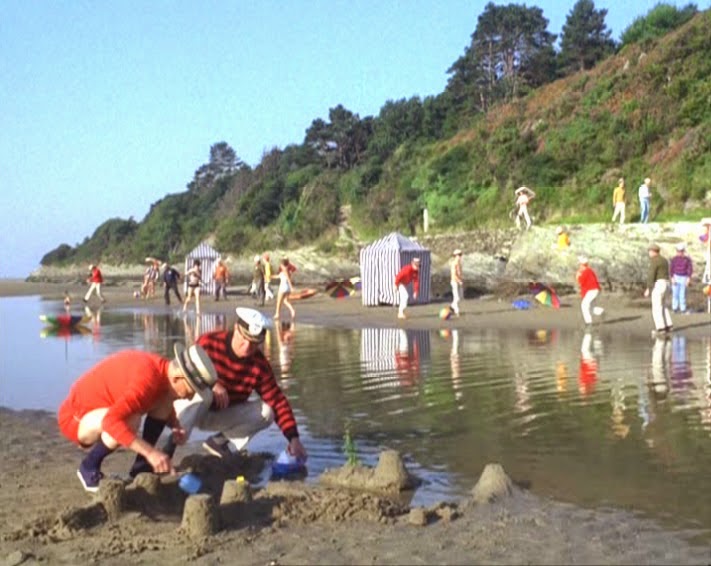 Pictured here are the ex-Admiral and another citizen who together have built the model of a fort or fortifications in the sand on the beach. They also have a plastic toy boat. On the face of it, it could be said that these two elderly gentlemen are simply playing, with the onslaught of second childishness. On the other hand it might be said that they are re-enacting a royal navy attack in a French sea port during WWII. And yet this could be a clever deception for the benefit of the Observers, as it could be that they are modelling out an escape plan. But even better than that, they could be enacting Number 6’s escape plan. The fortification in the sand represents The Village. The plastic toy boat represents the vessel which will hopefully be brought to The Village by the planned distress call to be made by Number 6, together with the automatic distress signal transmitted by the Rook. Once the vessel arrives at The Village, they board the ship and escape. Overpowering the crew if necessary!

Footnote: In the background, an upside down umbrella drifting along in the water. Has someone simply lost it? Has someone been attacked by the Guardian, their umbrella left to drift away on the water? Or is this another clever plan by person or persons unknown to try and get a message out of The Village into the outside world under the nose of the Observers?