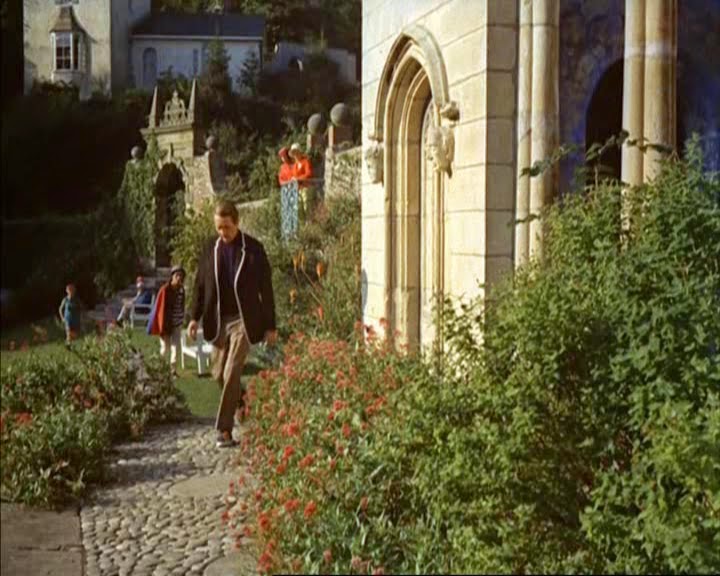 1st woman in background “What scene is this being filmed?”
2nd woman in background “I heard that it’s for ‘The Chimes of Big Ben.”
“The chimes of what?”
“Big Ben.”
“Are they filming that here as well?”
“I heard someone say that this shot will do for The Chimes of Big Ben.”
“But that’s Rosalie Crutchley down there.”
“So it is.”
“Then this must be for the episode they call Checkmate.”
“But they filmed that scene yesterday, because I remember us standing here on
this balcony.”
“Doing what?”
“Well were adding a little life to the scene, as citizens of The Village.”
“Who told you that?”
“The director.”
“So what’s Number Six doing?”
“Well he’s just walking along isn’t he.”
“Followed by Rosalie Crutchley.”
“Yes, as Number eight.”
“You must have made a mistake about that episode.”
“Why?”
“Is Rosalie Crutchley supposed to be in this Chimes of Big Ben?”
“I don’t know, but it looks as though she’s going to be!”
“What, as well as the Potrmeirion maid standing there watching!”