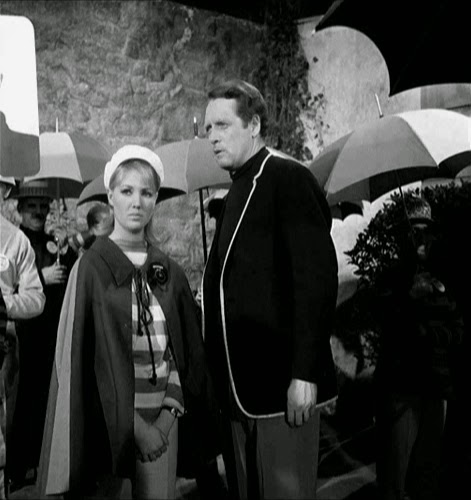 “What’s the matter with you?”
“You promised to buy me an ice cream!”
“Well there’s a very long queue.”
“The sign at the ice cream kiosk says the flavour of the say is Vanilla.”
“Yes.”
“I do not like vanilla.”
“Well that’s too bad.”
“Why?”
“Well with the flavour of the day, they don’t sell any other flavours than that.”
“That’s ridiculous!”
“Not really, forty-seven percent of the citizens favourite ice cream flavour is strawberry. While thirty-two percent prefer raspberry.”
“Really!”
“Only ten percent like vanilla.”
“So ninety percent of the citizens are upset today!”
“Five percent enjoy tutti-fruity. Twelve percent favour chocolate, three percent like chock-mint, and one percent pickled onion.”
“Pickled onion?!”
“Yes, but that was number Two-three- eight, who turned out to be pregnant!”
“Do you know, you are fast turning into the most boring man in The Village!”
“Don’t be like that. I was going to buy you an ice cream!”

Be seeing you
Posted by David Stimpson at 09:48