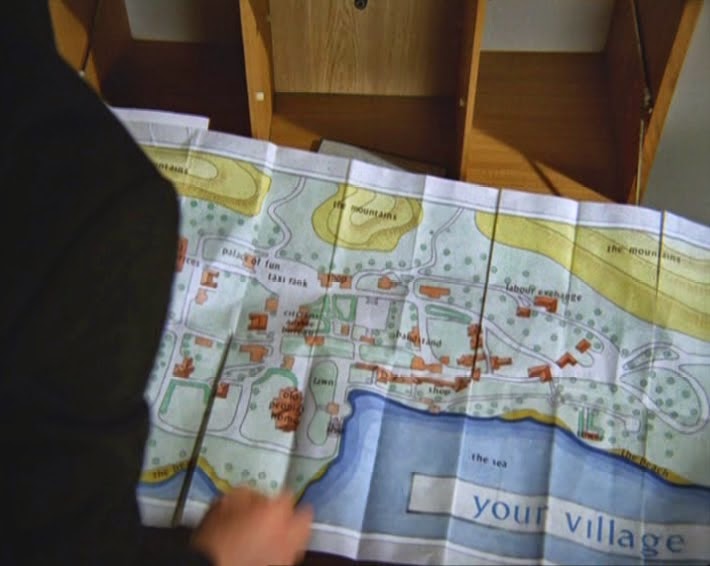 What’s wrong with this picture? Got is yet? It’s the “e” on The Village map! The Village uses the Albertus font, but with an amended Greek open “e,” but apparently not so on the Map of Your Village. It would appear that a mistake was made during the production of the Village map by the use of the Albertus “e”. Which meant that over the years whenever someone has produced a replica of the map of Your Village, they have had had to follow suit in order to give the map that authentic look!
And yet there are times when other types of font creep their way into The Village, as on the electronic “Free Information” machine. Note the style of font used for the words “Your Village.” Thus far I have been unable to identify that particular font. 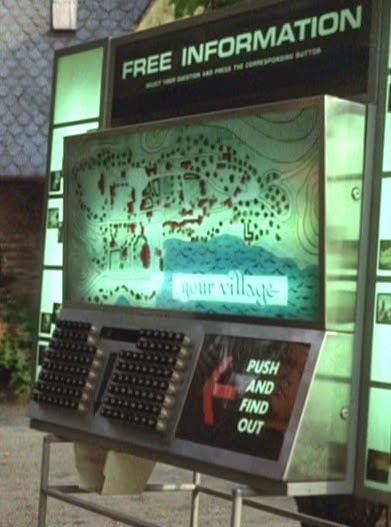 Be seeing you
Posted by David Stimpson at 09:51