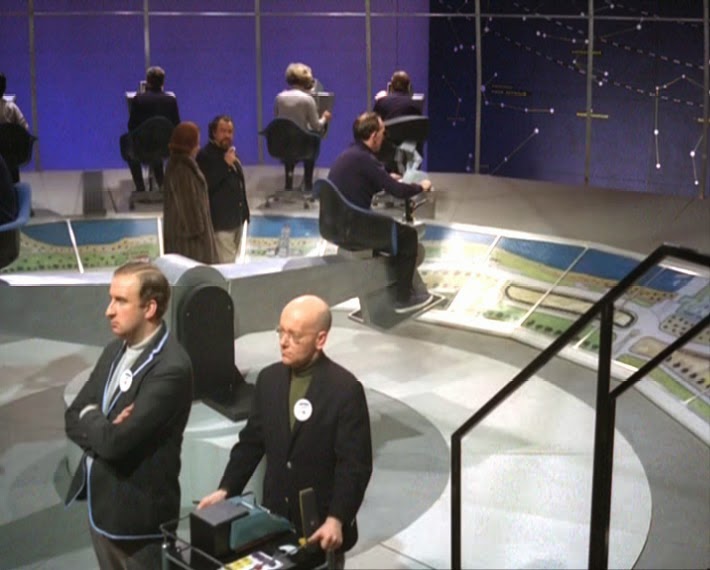 See that chap there standing next to the Supervisor-Number 26, he was with Number 2 in the opening scene during ‘The Chimes of Big Ben. He made the suggestion that there are methods they haven’t used yet. That in turn suggests that he is an assistant to Number 2. And yet one cannot imagine the current Number 2 actually requiring an assistant. Because Number 2 is himself very “hands on” in bringing Number 6 and Number 8 together, and later in making sure that Number 6’s escape plan goes along unhindered! If that was the case, it could be imagined that Number 11 {I think that’s his number} later found himself being demoted to assistant to the Supervisor! Well as far as this Number 2 goes, he must have been superfluous to requirements!