Here is another small dose of Prisoner Conventions of bygone days, commencing with Appreciation Day, with Dave Barry as the retiring Number 2 as pictured below. I remember that Dave was so taken by that Great Seal of Office that he wore it for much of the day. 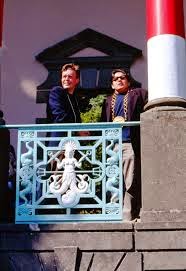 Number 6 shakes the new Number 2 by the hand, and hopes that they'll arrange something equally suitable for him....when the day comes. And judging by the way Appreciation Day went, that day would arrive sooner rather than later I'm sure! I'm still astonished at how well that Appreciation Day re-enactment went when I think back. Especially when on the Friday of the Convention it was the first time everyone taking part in the re-enactment could be together for the one and only rehearsal! 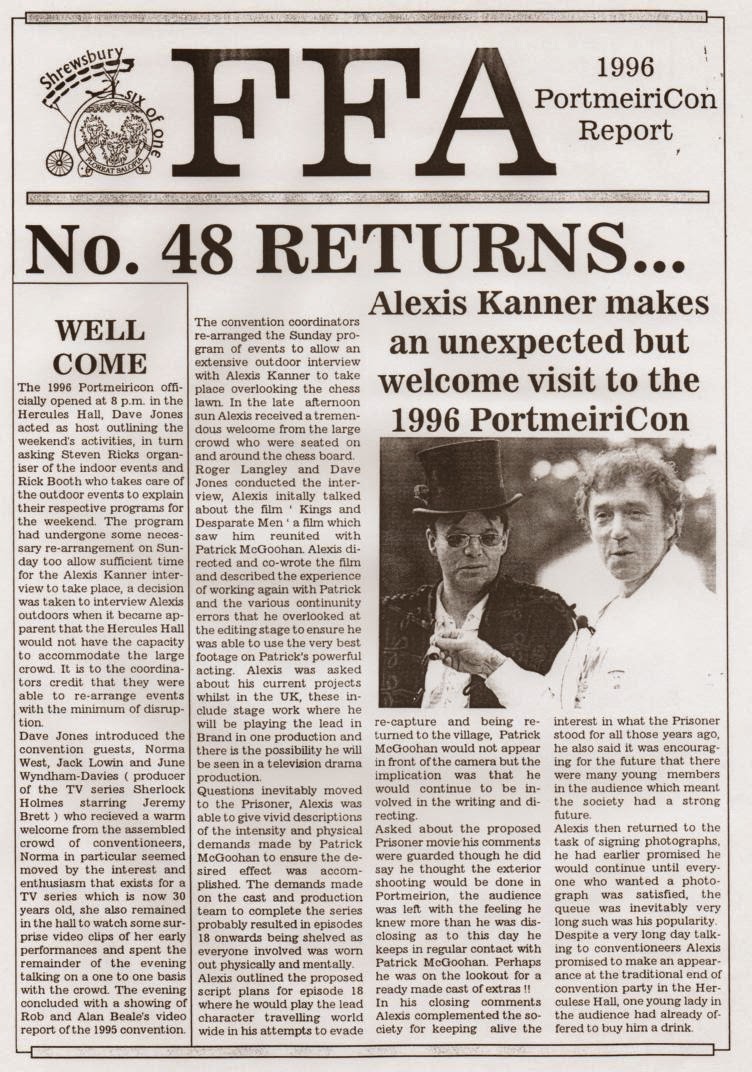 'Free For All' used to be a 'Prisoner' based magazine produced by members of the Shrewsbury Six of One local Group.
What follows are more pictures I had completely forgotten about, found in an envelope in a file. Two are production photographs taken at the time of the gun runners scene aboard the Amis Reunis. 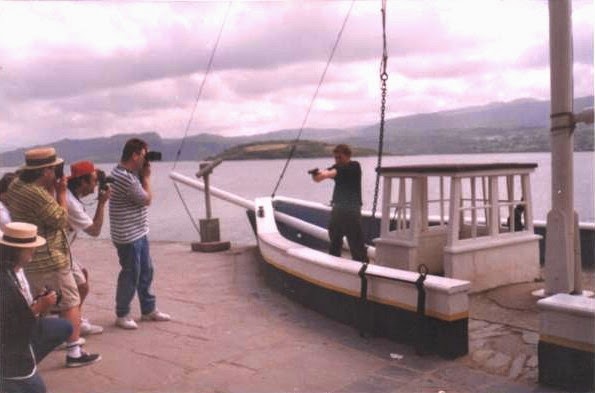 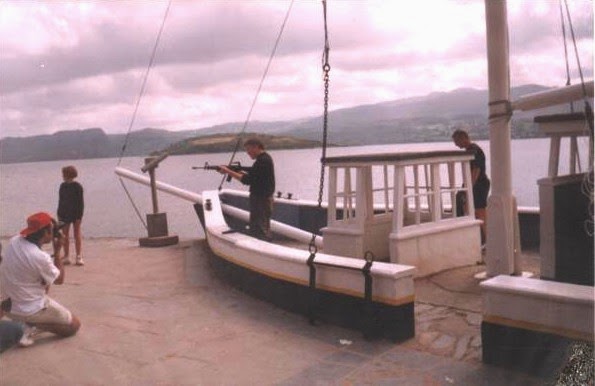 And the third taken during the re-enactment itself. 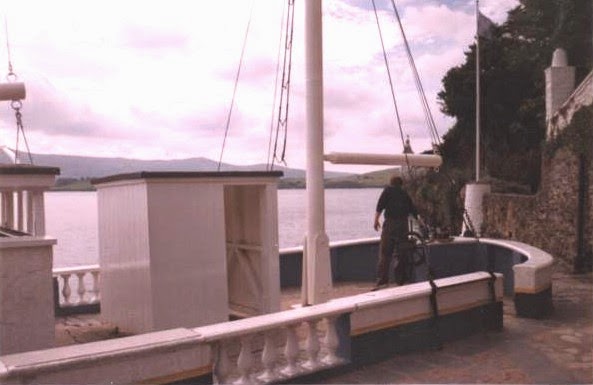 I had to ad-lib a great deal during this re-enactment, and after tying up Gunter and Ernst in the main cabin, yes we did have real smoke issuing from the cabin, this was brought about from a lighted plumbers smoke match, causing no damage to the boat, but giving the sufficient smoke affect. I went to the stern of the boat, to take the ships wheel. Only the Amis Reunis had no ships wheel at that time, so one had to be made, and that's where the props department was put to work, making a ships wheel, out of papier-mache and painted dark brown. I stood there turning the wheel this way and that, having a drink out of a Village Food can, and looking out to the horizon through a pair of binoculars. It seemed an age and a half before Gunter and Ernst released themselves from the cabin to make their way back along the vessel to attack me. And no, I didn't thrown myself into the water at the end, I simply jumped from the boat and ran away along the quayside.