All Our Prisoner Convention Yesterdays 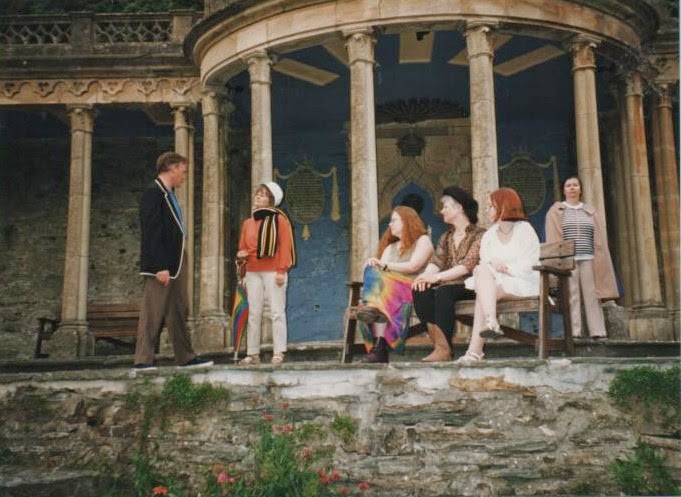 Another dip into the memories of bygone Prisoner conventions. The above was taken during a scene from 'Dance of the Dead, which was one of numerous re-enactments during the Touring Theatre which always took place in the early evening on the Sunday.
Missed the chess match? 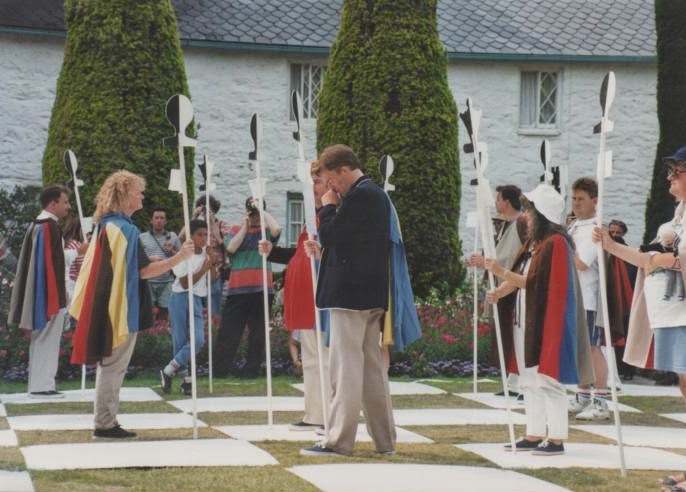 Don't worry, we'll be back on the chessboard again tomorrow! 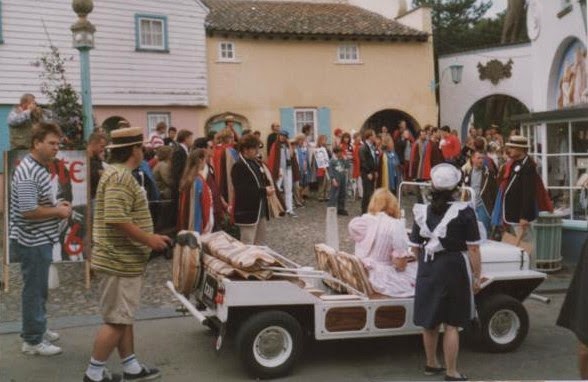 The outset of the Election Parade. 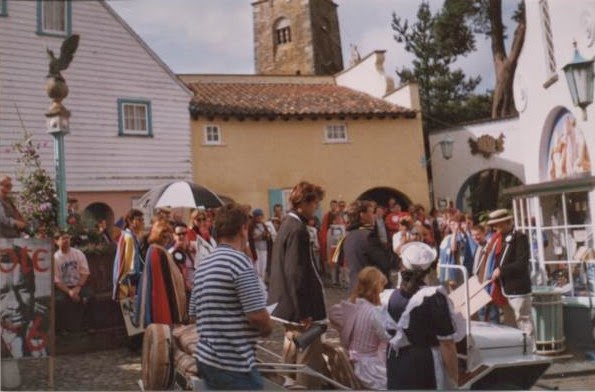 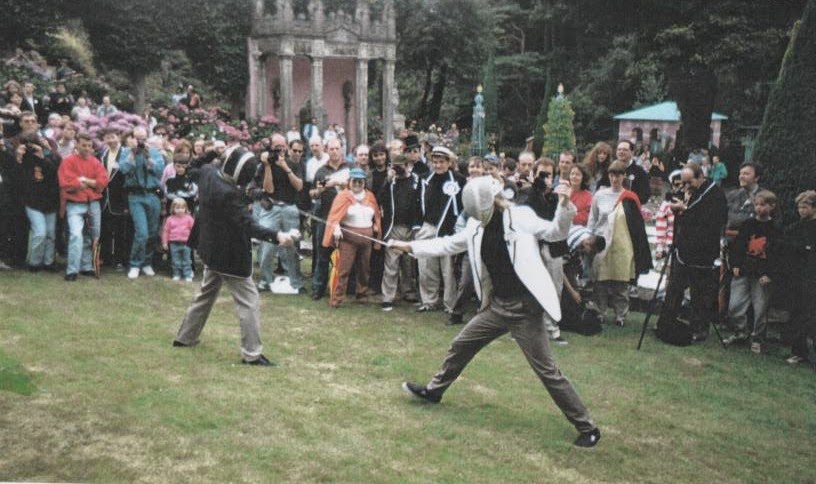 It was good agricultural stuff, that everyone enjoyed watching. When I look at these old photographs, and see so many people taking photographs and actually filming the re-enactments, it makes me realise that there must have been hundreds and hundreds of photographs, and hours of film taken. Perhaps some of those photographs and films are still in existence today, put away forgotten in a drawer or a box in the attic.