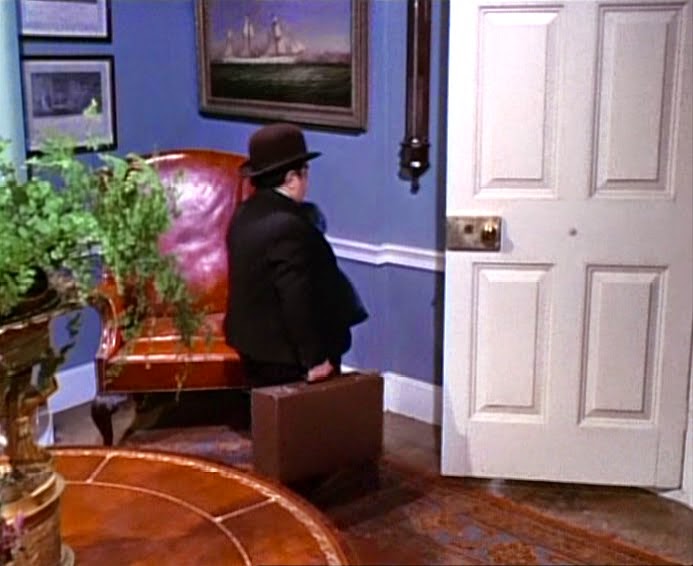 This is the butler departing his place of employment having been given the sack by Number 2 in a fit of temper. But perhaps this is not the first time the butler has had to leave his position. It may well have happened previously in 'Many happy Returns,' depending of course on whether or not Mrs. Butterworth brought her own housemaid Martha with her to The Village. I could see the butler putting up with Martha's presence, but I couldn't see Martha suffering the little man for long, as she herself would want to serve her mistress alone!
As a side observation, it can be said that both Number 1 and Number 6 escape The Village at the exact same moment in 'Fall Out, it could be said that in 'Hammer Into Anvil,' both the Butler and Number 14 {Number 2's former assistant} also leave at exactly the same time. The Butler through the door of the Green Dome......... 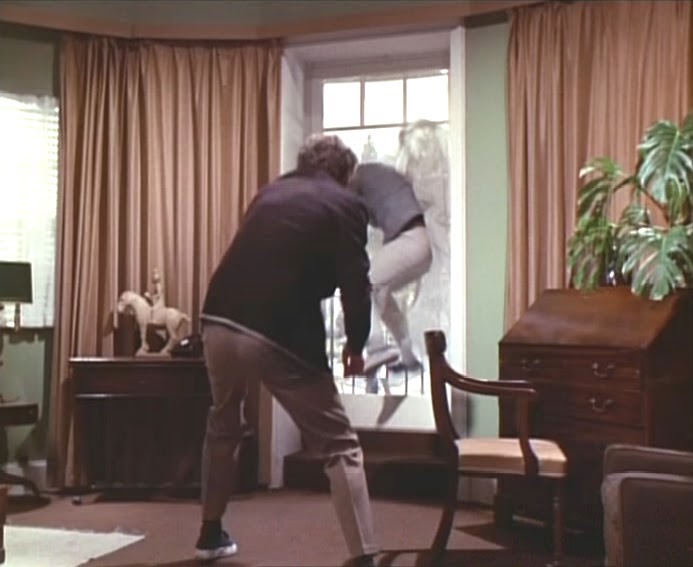 Be seeing you, if I don't get thrown out first that is!
Posted by David Stimpson at 08:59