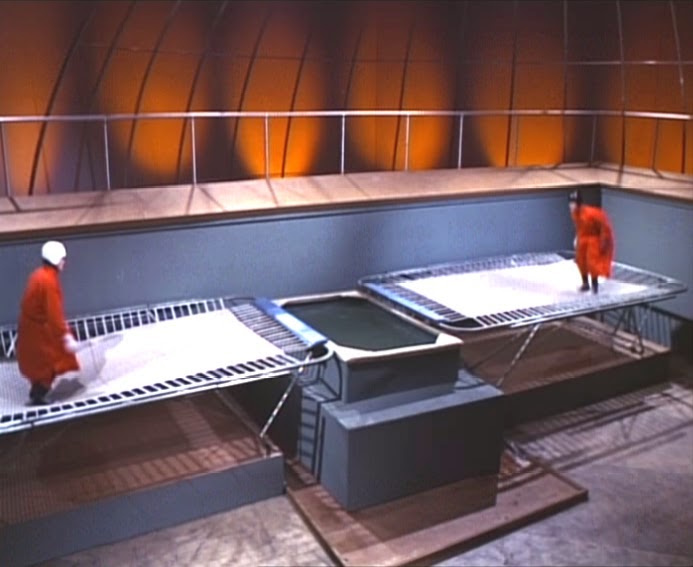 We all know the rules to Kosho, the first to dunk his opponent into the tank of water is the winner. Number 6 in one of his electoral speeches in 'Free For All,' told the good citizens of The Village that they can partake in the most hazardous sports, and they will. Well I shouldn't think you can get much more hazardous than Kosho. All that bouncing up and down from one trampoline to another, and over a tank of water. Then you jump up to the top of the wall, which is sloped, and scamper this way and that in trying to avoid your opponent. Its no wonder that athletes wear crash helmets. Just think of the danger when one is hurled into that tank of water. If one caught one's head on the side of that tank...you'd easily be dead!
It was hoped that Kosho would be accepted for the Commonwealth Games, but then The Village isn't in the Commonwealth!
And there's always been one thing I've never understood. 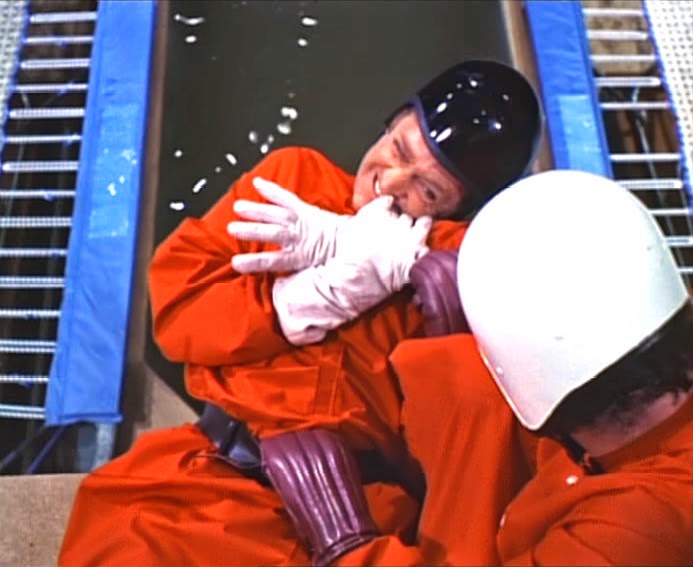