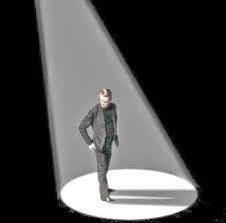 Over the years there has often been the question of 'continuity' within and between episodes of ‘the Prisoner,’ and looking as though there isn't any. I mean one moment during 'Free For All' No.6 is wearing a piped blazer with continuous piping around the lapels, and the next it's broken piping. Or in ‘Hammer Into Anvil’ No.6's copy of The Tally Ho newspaper is folded long ways in one scene, and in another its folded squarely! And it's no better between the episodes, and here is a prime example. Both episodes of ‘Many Happy Returns’ and ‘Dance of the Dead’ were written by the same scriptwriter Anthony Skene, so at least there should be some continuity here. In 'Many Happy Returns' a scene at the end of the episode was changed after No.6 had been so unceremoniously returned to The Village. When No.2-Mrs Butterworth comes into No.6's cottage bearing a birthday cake, instead she gives him a copy of The Tally Ho, the headline reads Plane Lost At Sea. No Hope Of Survivors. "Give in and enjoy being dead" No.2 tells him. No.6 screws up the newspaper and replies "I'll die first!"
The fact that No.6 was ejected out of the Gloster Meteor jet, demonstrates his untimely return to The Village. However, what of the plane and the pilot? Originally the plane would have been ditched in the sea, because the pilot was quite obviously an agent working for The Village. And so being he could hardly return to England without the navigator, hence No.6 having died in an accident at sea. But then why was this reported in The Village newspaper, why didn't No.2 show No.6 a copy of The Times, or Daily Mirror, any newspaper from the outside world?
But seeing as how that part of the final scene of 'Many Happy Returns' was altered, Anthony Skene was able to fit it into a scene in ‘Dance of the Dead.’ A scene between No.2 and No.6 in the mortuary in the Town Hall whilst discussing the body in one of the long drawers.
No.6 "In his pocket."
No.2 "The wallet? It's still there, amended slightly. We'll amend him slightly. It's you who's dead, in an accident at sea."
"So to the outside world....."
"Which you only dream about."
"I'll be dead" No.6 concedes.
"A small confirmation of a known fact" No.2 concludes.
This is by some way making up for the altered final scene of the previous episode ‘Many Happy Returns,’ or confirming that which was written in the script, but didn't happen in the episode! But either way, because of a different scriptwriter for the episode ‘Do Not Forsake Me Oh My Darling,’ the fact that the Prisoner's reported death to the outside world, in an earlier episode appears to have been forgotten! Certainly Sir Charles Portland and his daughter Janet in ‘Do Not Forsake Me Oh My Darling’ were completely unaware of any such reported death. After all they should have been made aware, seeing as the Prisoner was Janet Portland's fiancé, and an ex-colleague of Sir Charles Portland.

I'll be seeing you
Posted by David Stimpson at 08:04