All Out Convention Yesterdays

To respond to a request for more Convention yesterdays, I'm happy to bring  a few more to the fore. Commencing with from 1994, from the election Parade. 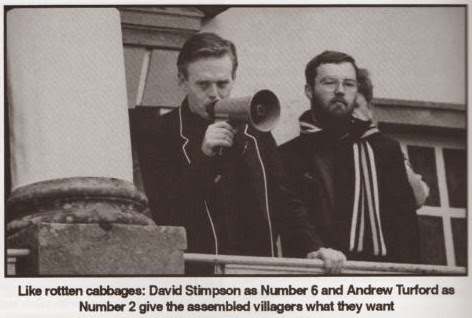 To  'The Schizoid Man' fencing scene for the same year. This was the first time conventioneers had seen anything like this at a Prisoner convention. Hundreds of people stood watching, photographing, and filming the action. 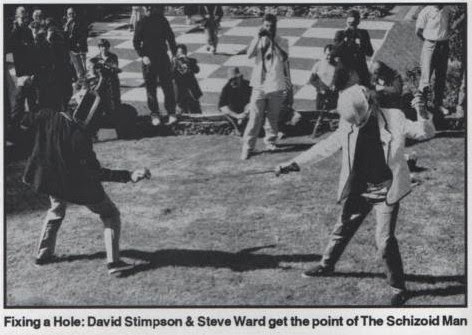 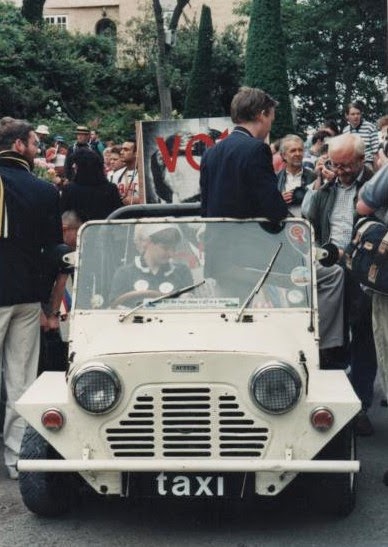 Interviewed by the reporter for the Daily Post, an interview which took long enough, but which never actually appeared in the newspaper!
The knockout blow from Killer Kaminski! The first time this re-enactment was performed. Those attending the conventions had never seen anything like it before. I thank Steven Ricks for supplying the deerstalker, dog coat, and umbrella for the character of Mister X, and my wife for the false beard and sideburns. 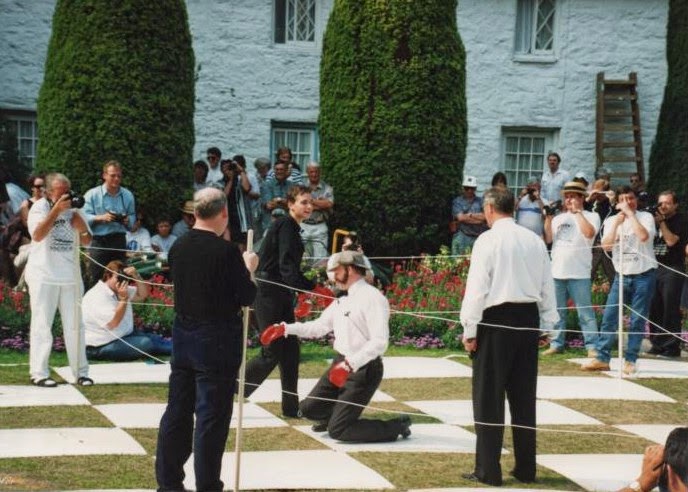 And the human chess match re-enactment 1995 I think it was. 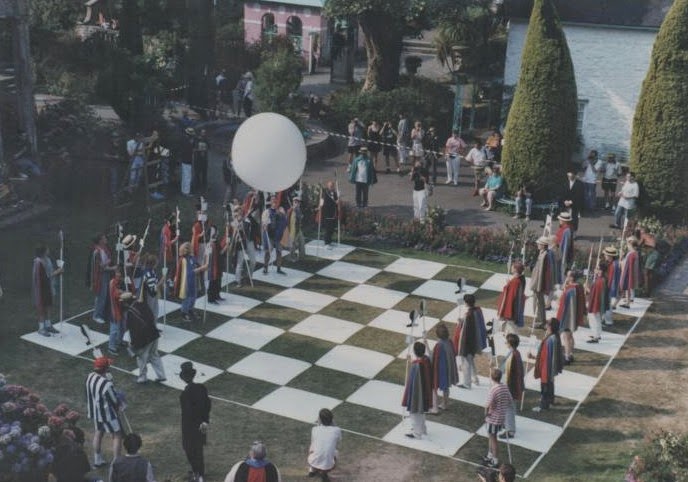 What astonishes many people seeing pictures, are all those people watching the human Chess match. What's more many people wanted to take part in this re-enactment, that there was always a rush for the chess poles. We had to set a certain number aside for those chess pieces who had lines to speak on the chessboard. Oh and for the 1995 re-enactment I had to save the white Kings pawn as I had received the request from someone at the 1994 convention, if the following year he could stand on the chessboard next to me! 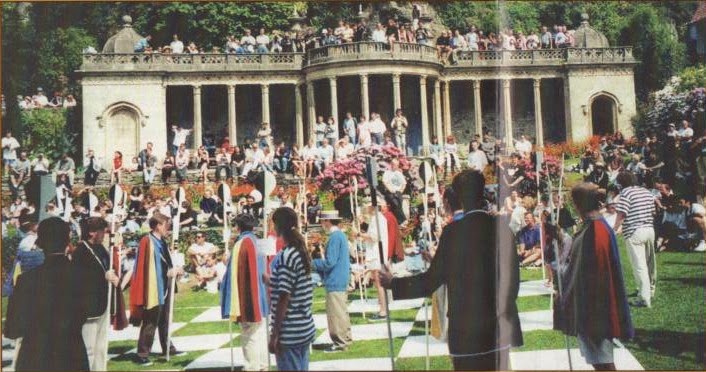 This is when Prisoner conventions used to be held at Portmeirion at the height of summer. Yes there used to be a few complaints from day visitors to Portmeirion to find the convention on-going, people who had come for the Italianate Village for its own sake, and not for 'the Prisoner.' But thankfully any such complaints were very thin on the ground. And the vast majority of people always enjoyed themselves.