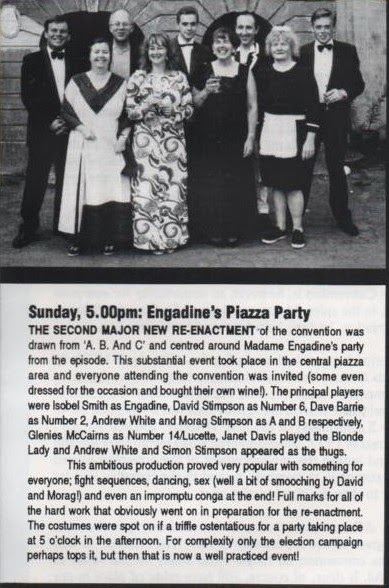 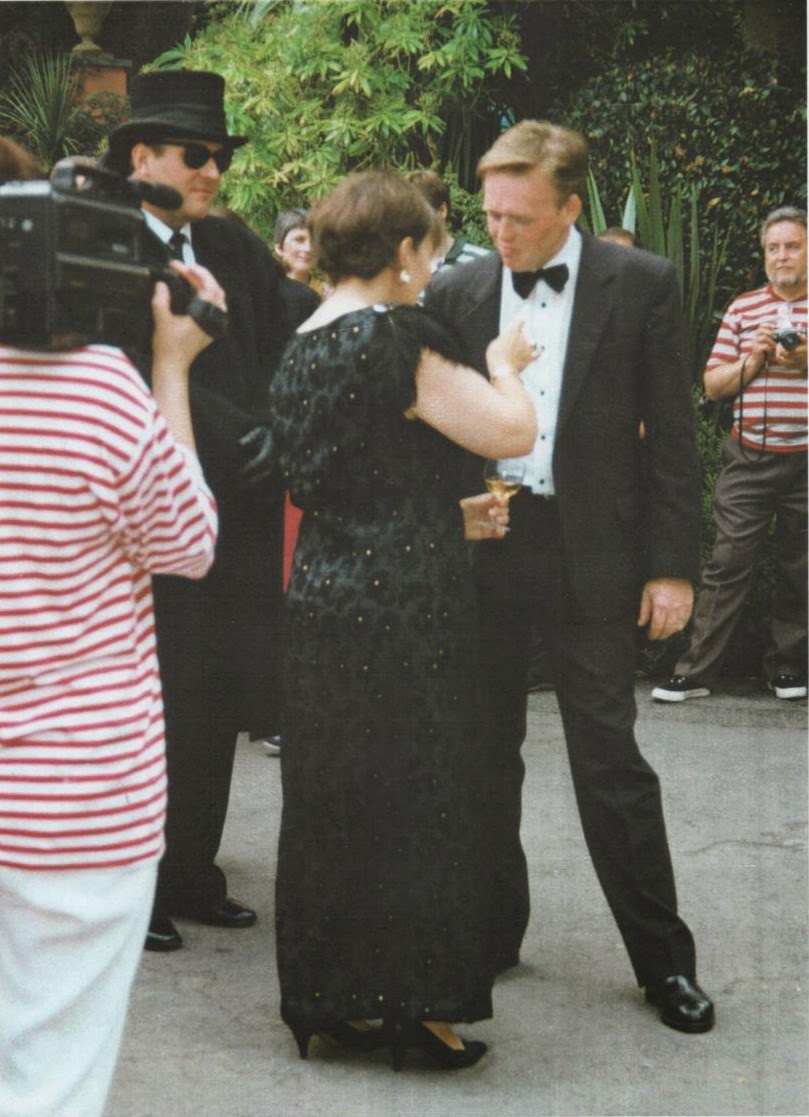 Outwardly the re-enactment of Engadine's celebrated party was excellent. Inside the re-enactment it was complete chaos. At one point I was missing a champagne glass, and had to improvise. And 'A' had not bothered to learn his lines {you've been practicing he said} so that I was giving the correct lines to ones completely made up. And then there was the mirror.......oh dear! My wife was dressed appropriately as 'B', and the fight scene worked wonderfully well, without the Prisoner splitting his trousers! This re-enactment was not one produced by my wife and I, we were simply taking part. Although I did have all the script to learn, and my wife and I did put a great deal of work into the re-enactmant, and if we'd known about the mirror, there would have been a far more elaborate one attached to the Gloriette wall. 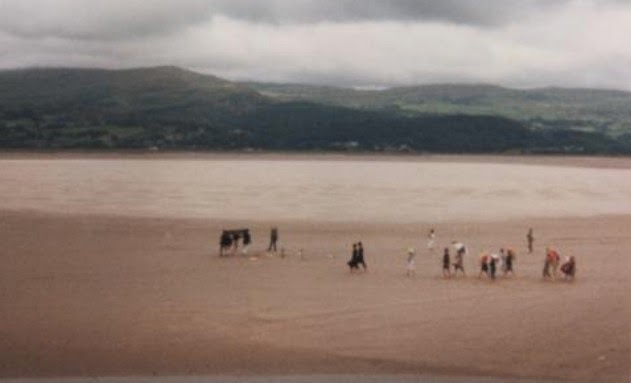 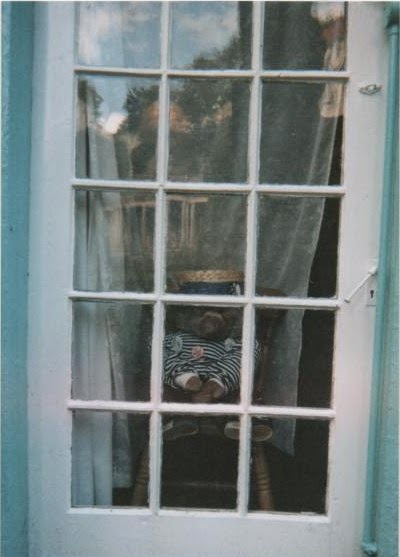 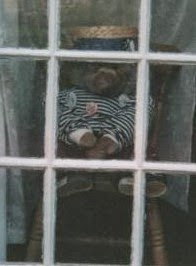 Even Gus the Orangutan attended a Prisoner Convention, that was in 1998, having taken part in the Election parade, and in the filming of 'Village Day' at Portmeirion that year. Pictured here in Village attire of striped jersey, straw boater, and deck shoes. Perhaps he thinks he's Number 1!