That’s A Curious Thing To Say 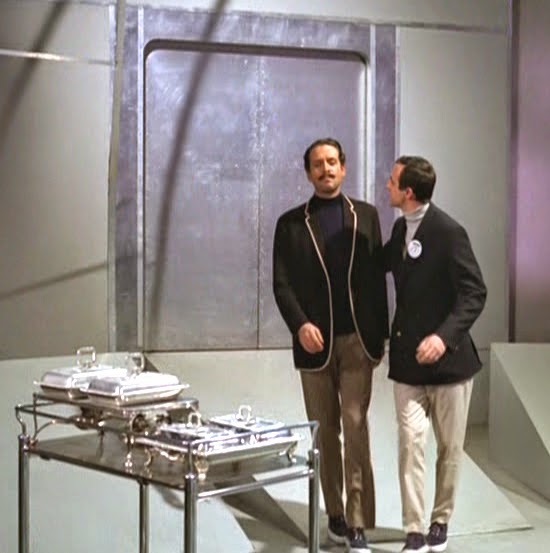 When Number 12, or is it 6 joins Number 2 for breakfast in the Green Dome in ‘The Schizoid Man’ Number 2 greets his visitor like an old friend.
"My dear chap delighted to see you. You’re looking fine, you really are...... I don't mind telling you, we had to pull every string in order to second you back to us."
"Back to us,” that’s a curious thing to say. How what could Number 2 possibly mean by that? But of course what must be remembered is that Number 6 is supposed to be Number 12, and it’s supposed to be Number 12 to whom Number 2 is speaking. It would also appear that Number 2 and Curtis have worked together before, but that was before Curtis went on to make a top field man, while Number 2 became stuck in admin. The one way it can be supposed that Curtis has been seconded back to The Village, is that it would have to be pre-supposed that Curtis had been to The Village before. However it is more likely that Curtis has been seconded back to the department responsible for The Village. Also seeing that Number 2 has prior knowledge of Curtis bearing a remarkable resemblance to Number 6, that maybe the idea for ‘The Schizoid Man’ originated from Number 2 himself.