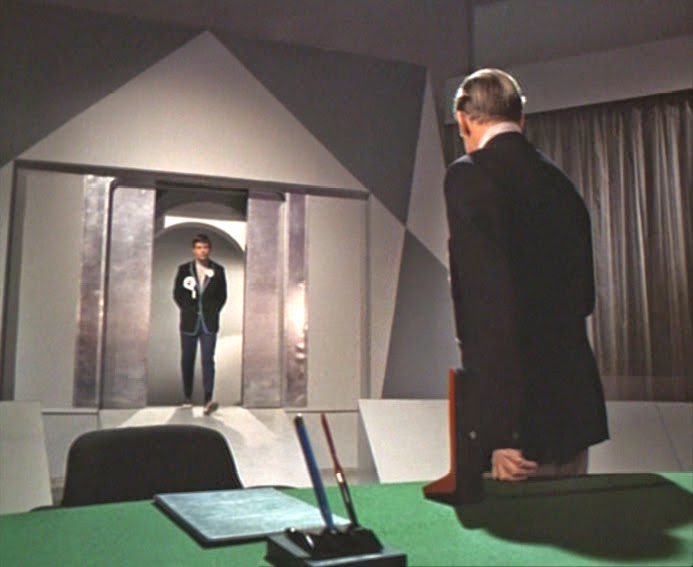 In 'The General' Number 12 enters the Board Room, but if it wasn't for the surround of the pair of steel doors, one could be forgiven in thinking that he was entering Number 2's office in the Green Dome. 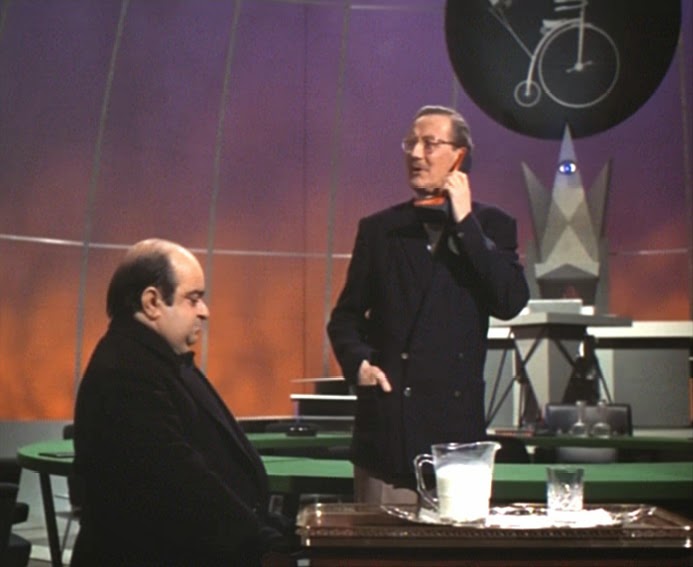 Number 2 is in the Board Room because he's a member of the Board of Education. But just a minute! Surely this is the Council Chamber, seeing the decorated walls, the Penny Farthing disc suspended on the wall, and that strange looking chair with the blue light in the back rest, the same as it is in 'Free For All. Although the double steel doors are there, covered by a Vote for No.2 poster. And again in 'A Change of Mind' Number 6 enters the Committee Chamber by those very same stairs when he is brought before the Committee, yet the members of the Committee do depart through the pair of steel doors. 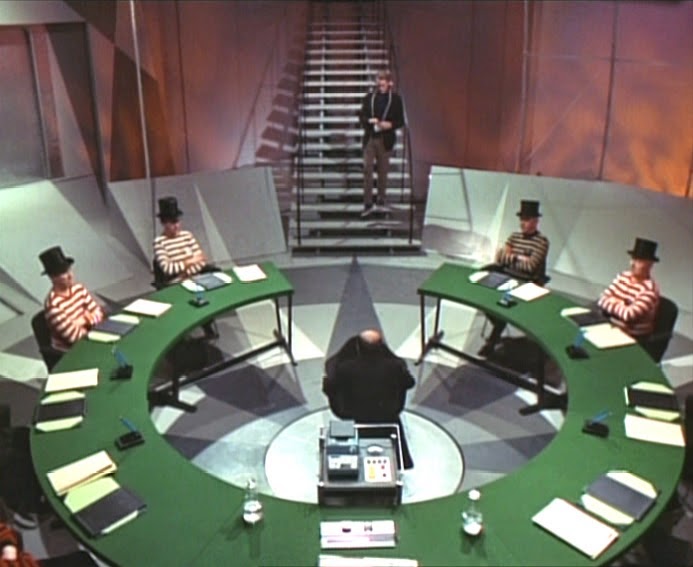 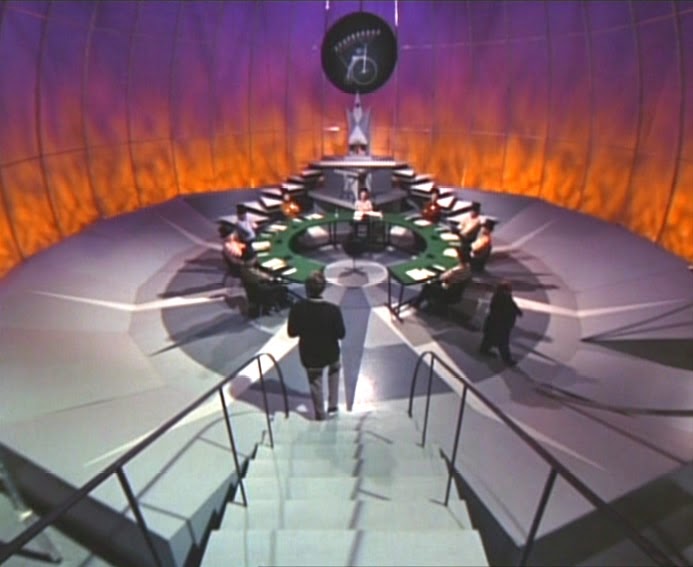 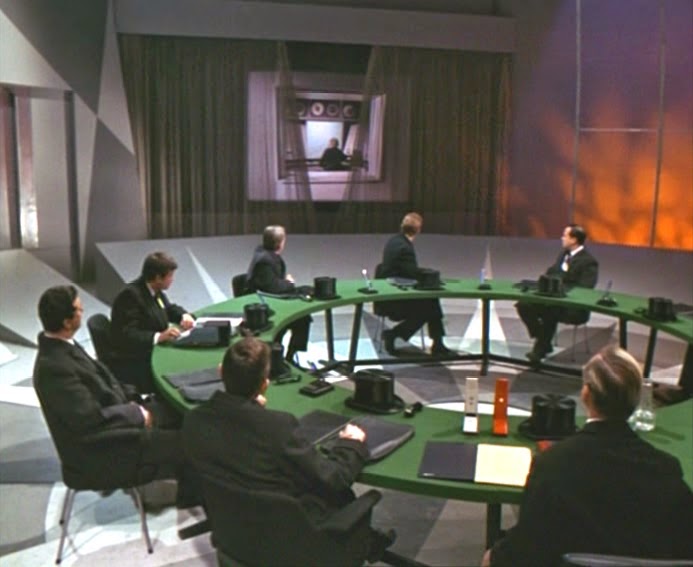 However later in 'A Change of Mind,' the wall screen has been removed and the staircase replaced for the Committee Chamber! It would appear that The Village is nothing if not adaptable. But it seems a great deal of work for someone! One could say that the changes within the chamber are due to the construction of the room for whatever reason. And yet the removal of the staircase does give the chamber a new aspect, it looks a slightly different room. But then why replace the staircase? After all Number 6 could easily have walked through the opened pair of steel doors into the Committee Chamber, nothing simpler. And yet that wouldn't have looked quite so dramatic as Number 6 being filmed from the top of the staircase, as he seemingly walks down into the bowels of The Village.'