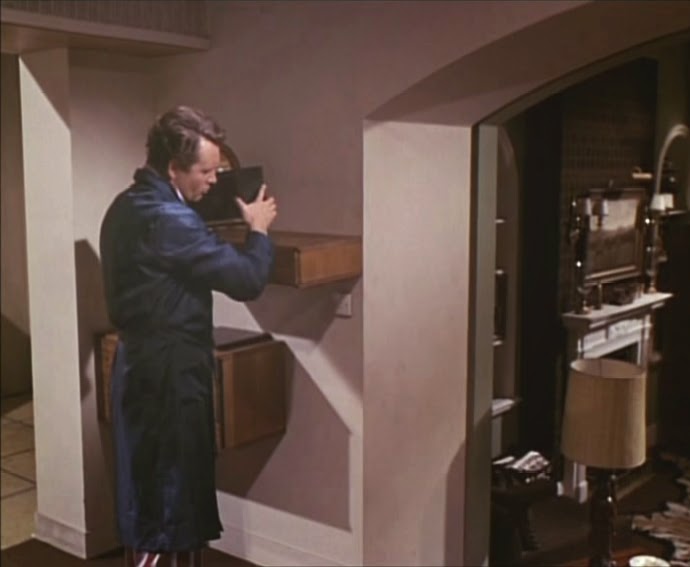 In 'Many Happy Returns,' when Number 6 wakes to the sound of silence. He shakes the loudspeaker because there is no music. Perhaps he thinks its broken, but even if it is, there is no chance of electrics coming to replace it!
Before, Number 6 found the music irritating to such a degree that at one time he trampled the loudspeaker underfoot in order to stop the music, and yet it played on! Later he found a more subtle way to stop the music, by placing the loudspeaker in his refrigerator. And yet in the scene in 'Many Happy Returns,' it's almost as though Number 6 misses the music when its not there!

Be seeing you
Posted by David Stimpson at 09:47