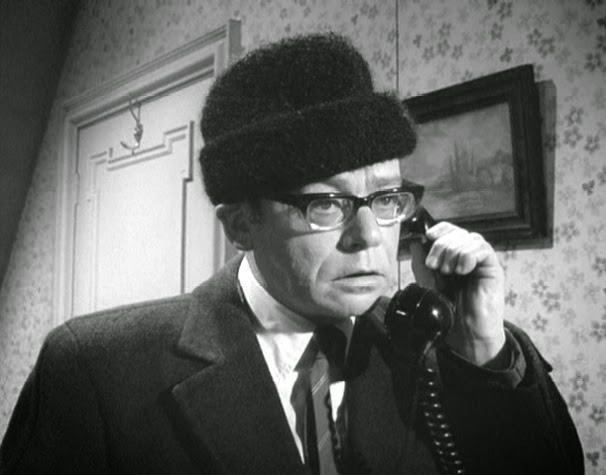 This is Aurel, there's nothing remarkable about this man. There's not a great deal to write about him, save for the facts that he works for a foreign Embassy in Geneva in Switzerland, and is part of a spy ring organised by British Intelligence agent Standfast. This takes place in the 'Danger Man' episode 'I'm Afraid You Have The Wrong Number.' Aurel is a very nervous man, and he has good reason to be. Because if his own people find out he's been working in a spy ring, his own people would make him disappear. And that's what he's afraid of, being found out. Because Aurel's own people have Standfast, in a house in the country, and are torturing him in order to make him talk. John Drake, who has been looking for Standfast finds him at the house, and overpowering the foreign agents and thugs, manages to get Standfast away. Aurel, and other members of Standfast's spy ring appear to be safe. 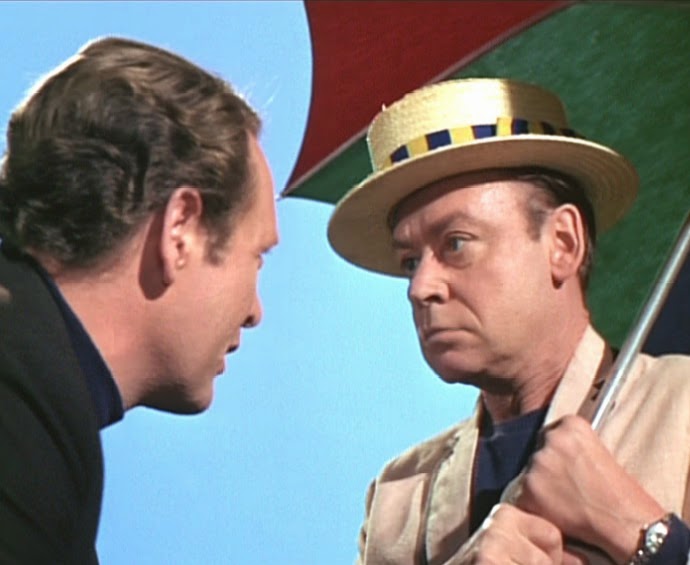 This man is approached by Number 6 on the morning of 'Once Upon A time.' Number 6 asks the man his number. The man is of a nervous disposition. He looks about him tells the man not to do that, enquire. Yet Number 6 persists and begins to count 1 2 3 4 5 6 7 8 9 10 11 12 13 14 15 16........ Of course there is no-way of knowing who this citizen is, or why he was brought to The Village. However fictionally speaking this man could be Aurel, brought to The Village because he knows too little!
Then on the other hand, the nervousness of this man could be put down to the possibility that he recognises Number 6, as having worked as a chemist in the Therapy Zone, he drugged Number 6. Perhaps this man {who's number we do not know, because his hands are in the way} recognised Number 6 for who he is, and thought him to be out for retribution. Or perhaps simply afraid of Number 6 drawing attention to him!